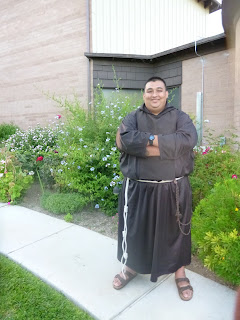 Brother Gavin Diego, of Inarajan, Guam was invested with the habit of probation along with novices from other parts of the U.S., Canada and Australia.  Novitiate takes place at San Lorenzo Friary in Santa Ynez, CA, not far from Santa Barbara. 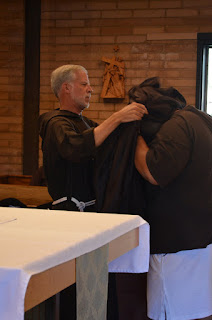 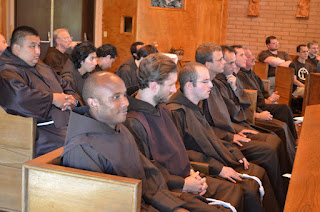 Br. Gavin is seated in the upper left corner. 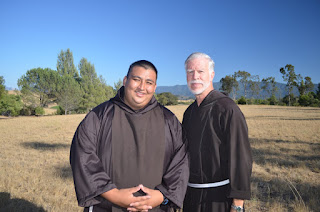 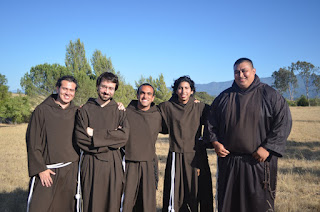 With some fellow novices on the grounds of the novitiate 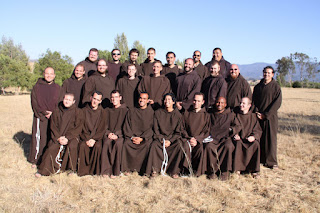 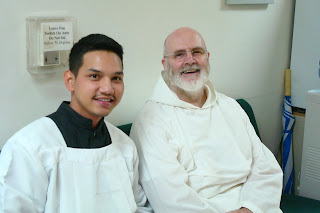 Fr. Eddie Dowley, an Irish friar working in Korea, is helping at Santa Teresita parish in Mangilao this month.  He has been to Guam several times now and graciously helps whenever he can. 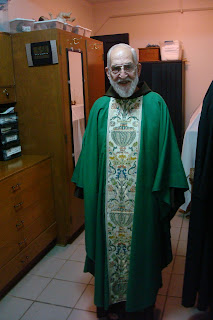 Fr. Bob Udulutsch, from the St. Joseph Province (Detroit), is pictured here at Our Lady of the Blessed Sacrament parish in Agana Heights, but will be helping at more than one parish this summer.  This, too, is not his first summer helping out the Guam friars.
Posted by paleric at 10:15 PM No comments: