THE CAPUCHINS AND THE PAPAL VISIT 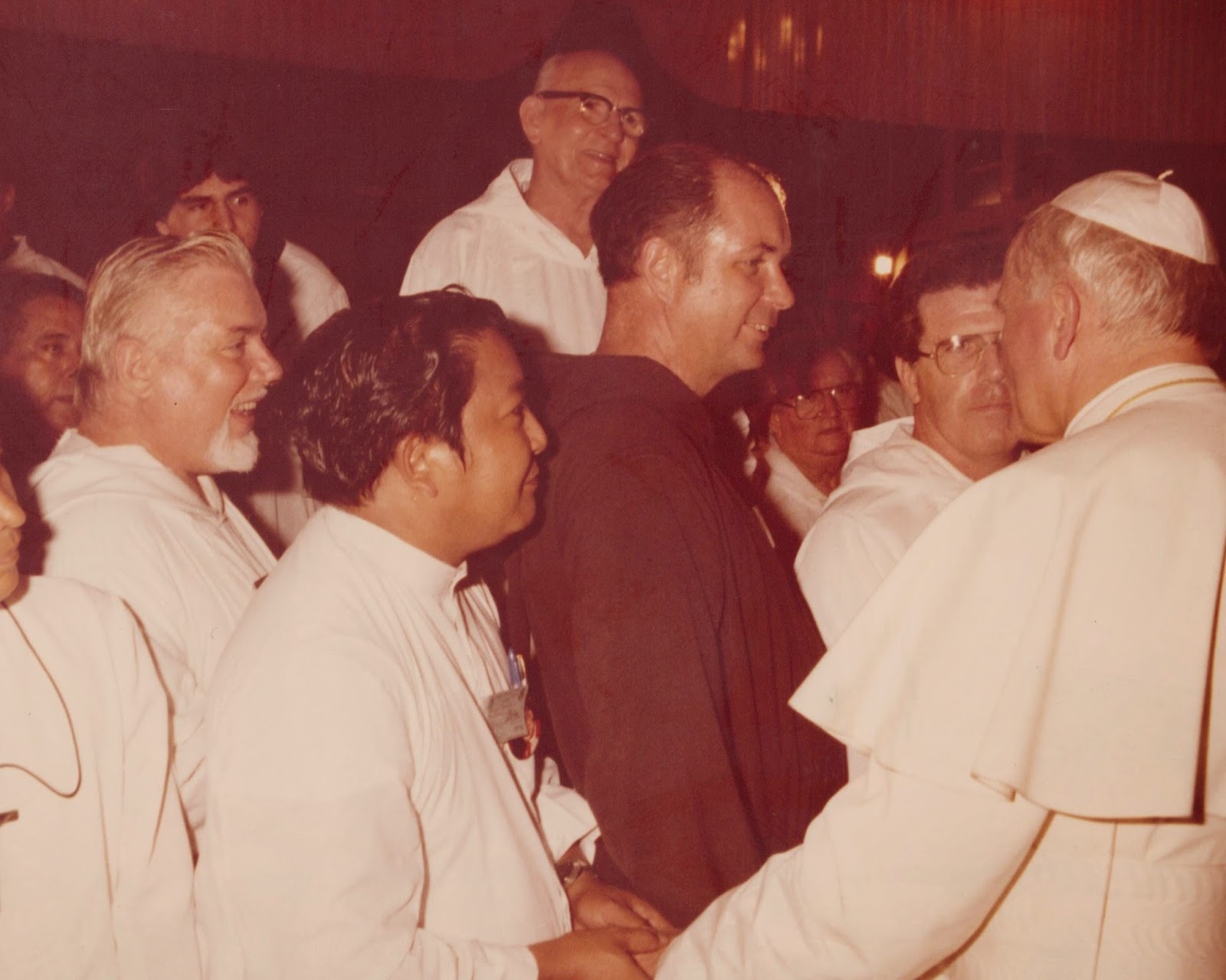 Recently canonized St Pope John Paul II has a special connection not only with Guam, but also with the Capuchins Friars on Guam, when he came to visit the island in February of 1981 - the first and only (so far) papal visit of this Pacific island.

First of all, the Overall Chairman of the Papal Visit was a Chamorro Capuchin, Father Daniel Cristobal.  He was responsible for everything on the Guam side.  For months, he ate, slept, drank the papal visit.

Secondly, all the friars, at the time, had a chance to get very close to the Pope, touching his hand. Some exchanged a few words with him.  He saw some friars and asked, "Cappuccini?  Where are your beards?" Some of the friars wore white habits, so it was harder to tell if they were Capuchin. But others, like Fr George, always wore brown so that's how the Pope recognized the friars.  In Italy and other countries in Europe, all the friars wear beards and it is their trademark. 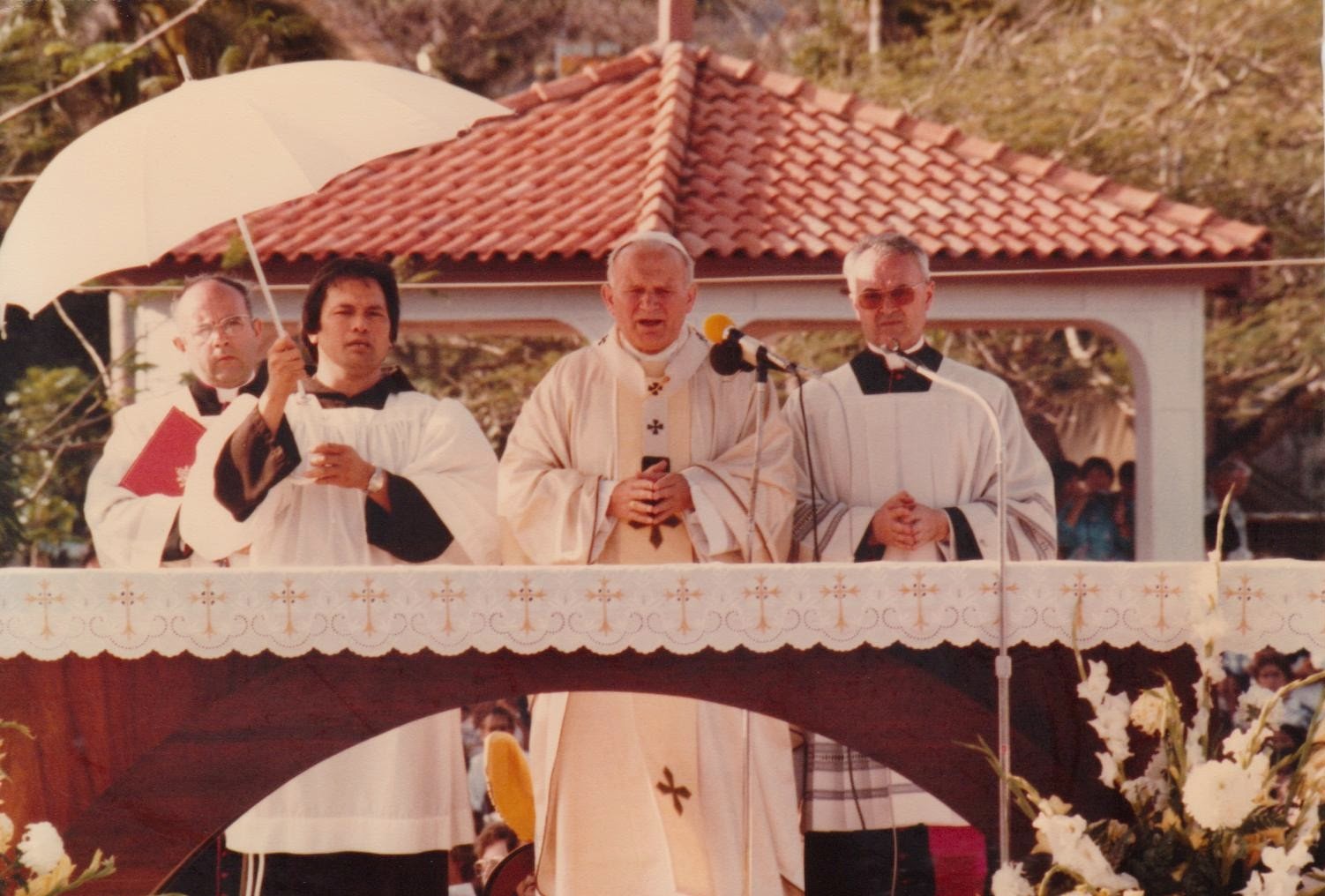 Thirdly, the rector of the Cathedral, where the Pope's audience with the clergy, religious and leading lay people was held, and who helped coordinate the Papal Mass the next day, was the present-day Archbishop of Agaña, Capuchin Archbishop Anthony Apuron.  During the Papal Mass, he was an assistant MC and held the umbrella for the Pope.  Other friars also had a part in the liturgy, besides concelebrating.

Lastly, the Friary hosted a good number of visiting clergy from all over the world.  Some friars vacated their rooms in order to give their beds to these visitors.
Posted by paleric at 8:53 AM No comments:

Email ThisBlogThis!Share to TwitterShare to FacebookShare to Pinterest
Labels: Friary

For the entire month of March, which is Chamorro Month, Capuchin Father Eric Forbes held his Exhibit of pre-war religious life on Guam at Government House, the official residence of the Governor of Guam and his or her family.

At the invitation of First Lady Christine Calvo, Fr Eric assembled a collection of pre-war photographs and artifacts depicting the religious life of Guam's Catholics and Baptists in celebration of Chamorro Month, the month set aside to honor Guam's indigenous culture.

With the help of volunteers, displays were set up recreating scenes from Guam's pre-war past.  It was this faith in God that helped Chamorros endure the hardships of World War II.

Posted by paleric at 9:17 AM No comments: