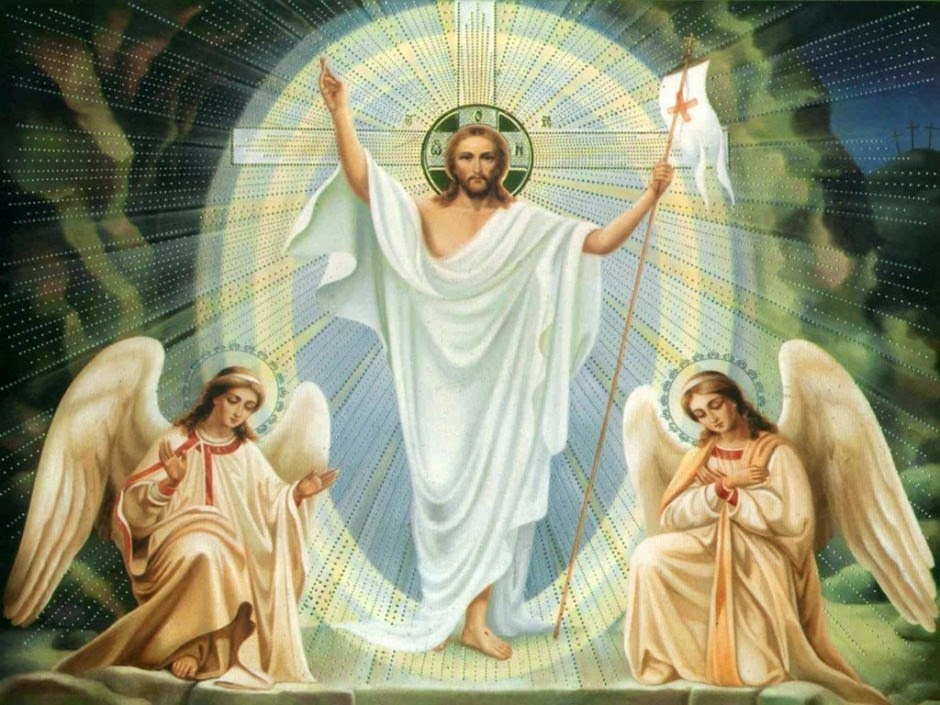 HAPPY EASTER TO ALL

from the Capuchin Friars of Guam and Hawaii

Christus Vincit! Throughout history the world has seen great conquerors and unimaginable empires, from the vastness of the 3 continent Ottoman Empire to the 400 year rule of the Han Dynasty. Great military leaders, Kings and Emperors used massive resources to take as they please, but soon enough they would all face a battle that resulted in a common conclusion that they could not win, the Battle with Death. Only one Man was able to conquer death. Christus Vincit! It wasn’t the legion of armies, superior weaponry, and military strategies that allowed Christ to conquer death, but traits of humility and faith was what slayed death.
That Divine power continues to pour forth and conquer death and sin. This is so that we too may take part in the resurrection. If we like Jesus strive and attain humility and faith then the same power that slayed death will greet us on judgment day. So in reflecting on Christ’s Resurrection let us lean on our Mother Church in her humility and Sacraments, let us look towards scriptures and the life of Jesus for words to help us in battle, and as Jesus did let us turn away from sin and turn to our heavenly Father. Happy Easter and Christus Vincit! 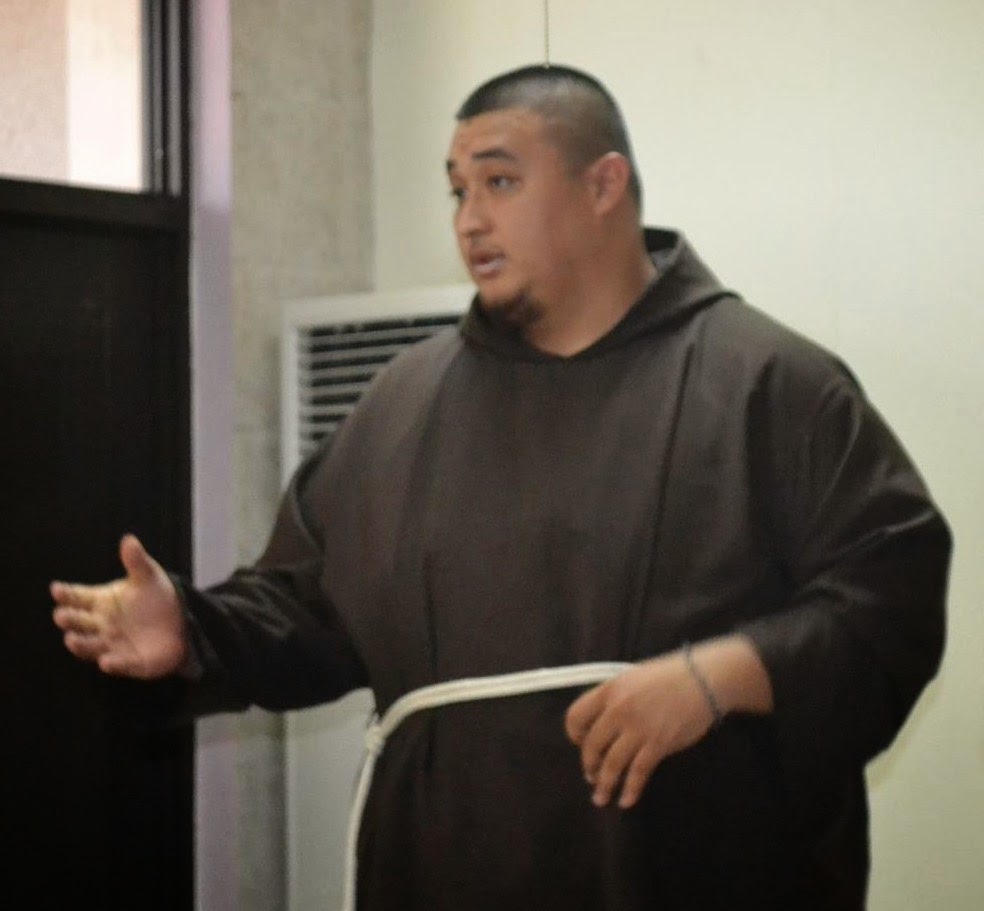 Posted by paleric at 3:52 PM No comments:

Email ThisBlogThis!Share to TwitterShare to FacebookShare to Pinterest
Labels: Easter 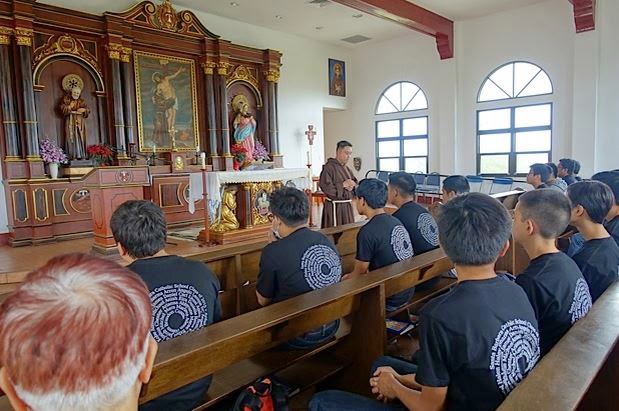 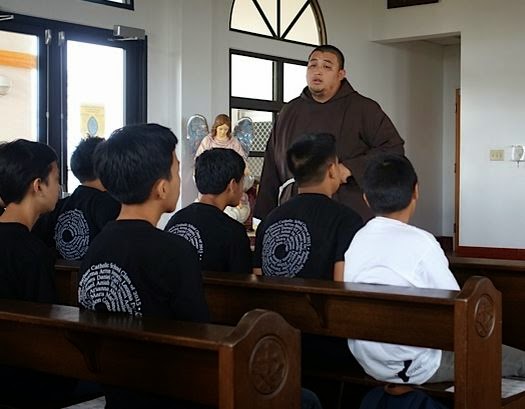 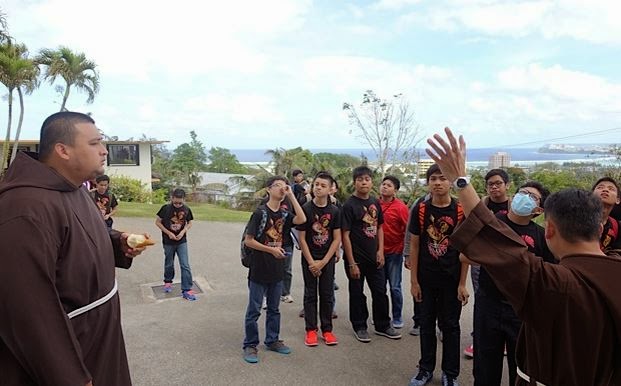 Father Andre and Brother Gavin spoke about the Capuchin way of life and also explained to the students various aspects of the Friary.

Photos courtesy of Sr Maria Rosario Gaite, RSM
Posted by paleric at 6:03 AM No comments:


This past week was Catholic Schools Week and today marked the end of this observance with a conference for all teachers in our Catholic schools.


Concelebrating at the Mass for this conference, presided by Archbishop Apuron, OFM Cap, was Father Andre Eduvala, OFM Cap.

Posted by paleric at 9:04 PM No comments: 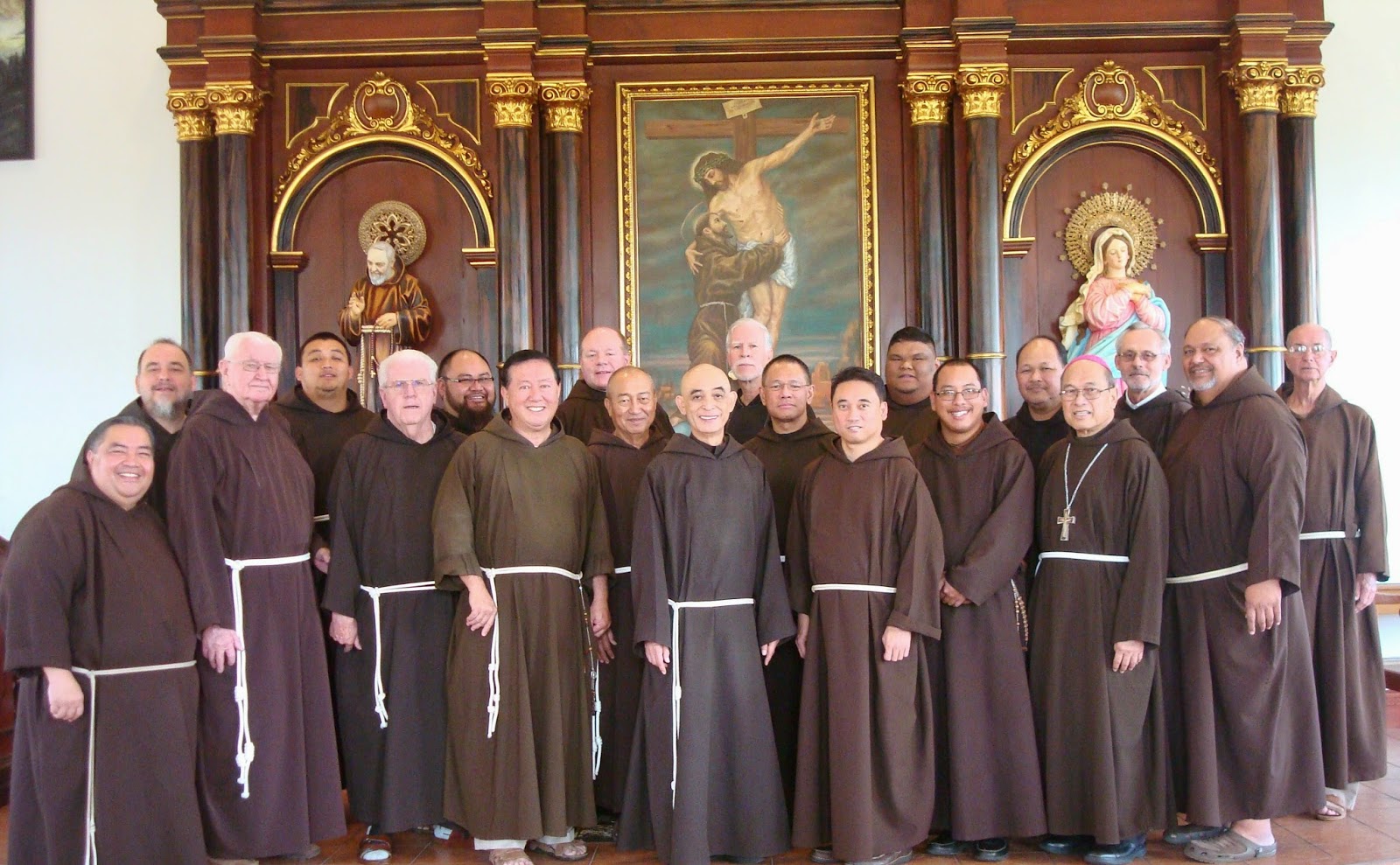 Email ThisBlogThis!Share to TwitterShare to FacebookShare to Pinterest
Labels: Chapter 2015 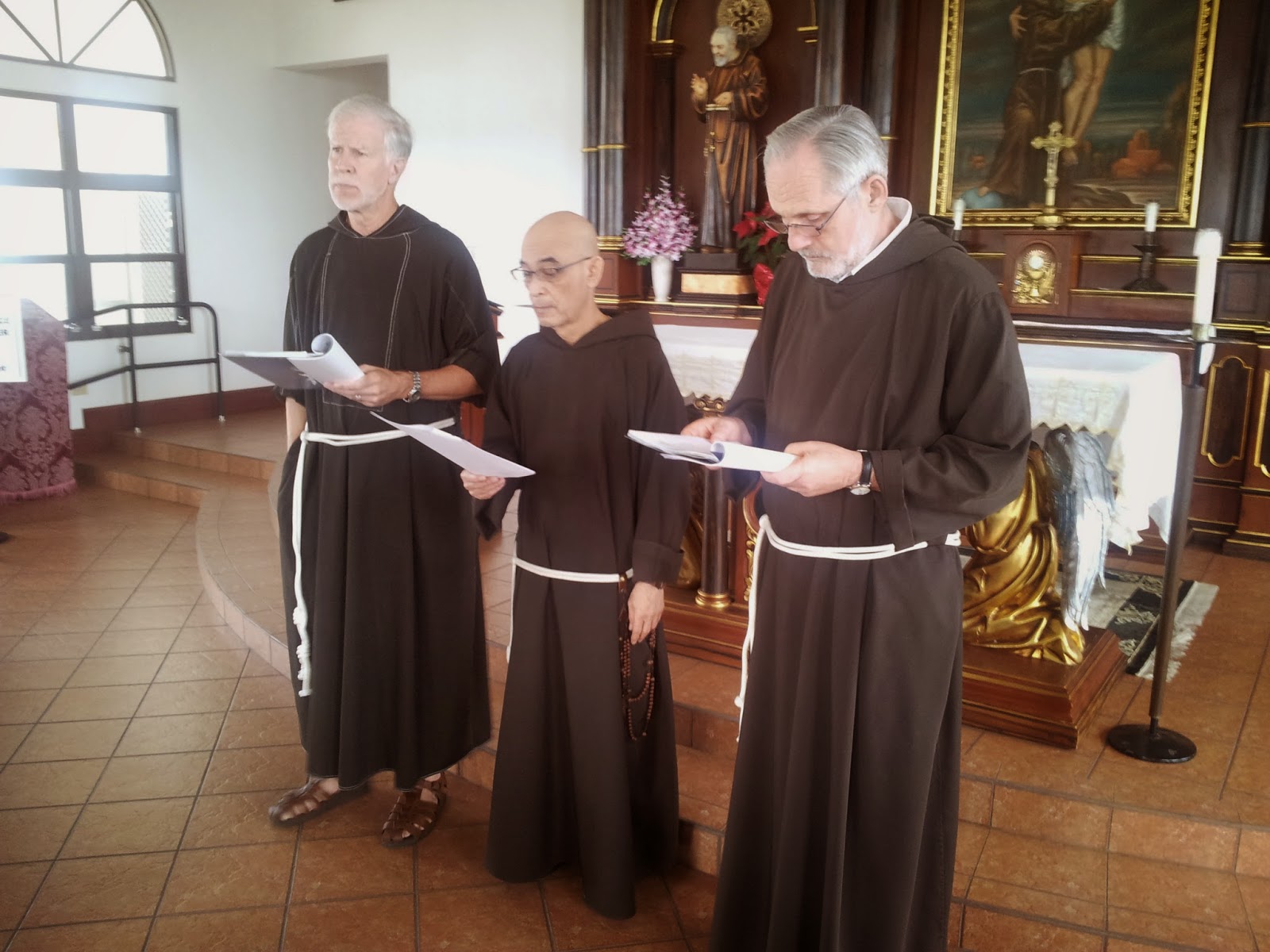 The Capuchin Friars of Guam and Hawaii elected their new superior (Custos) and council members. All three were elected on the first ballot. 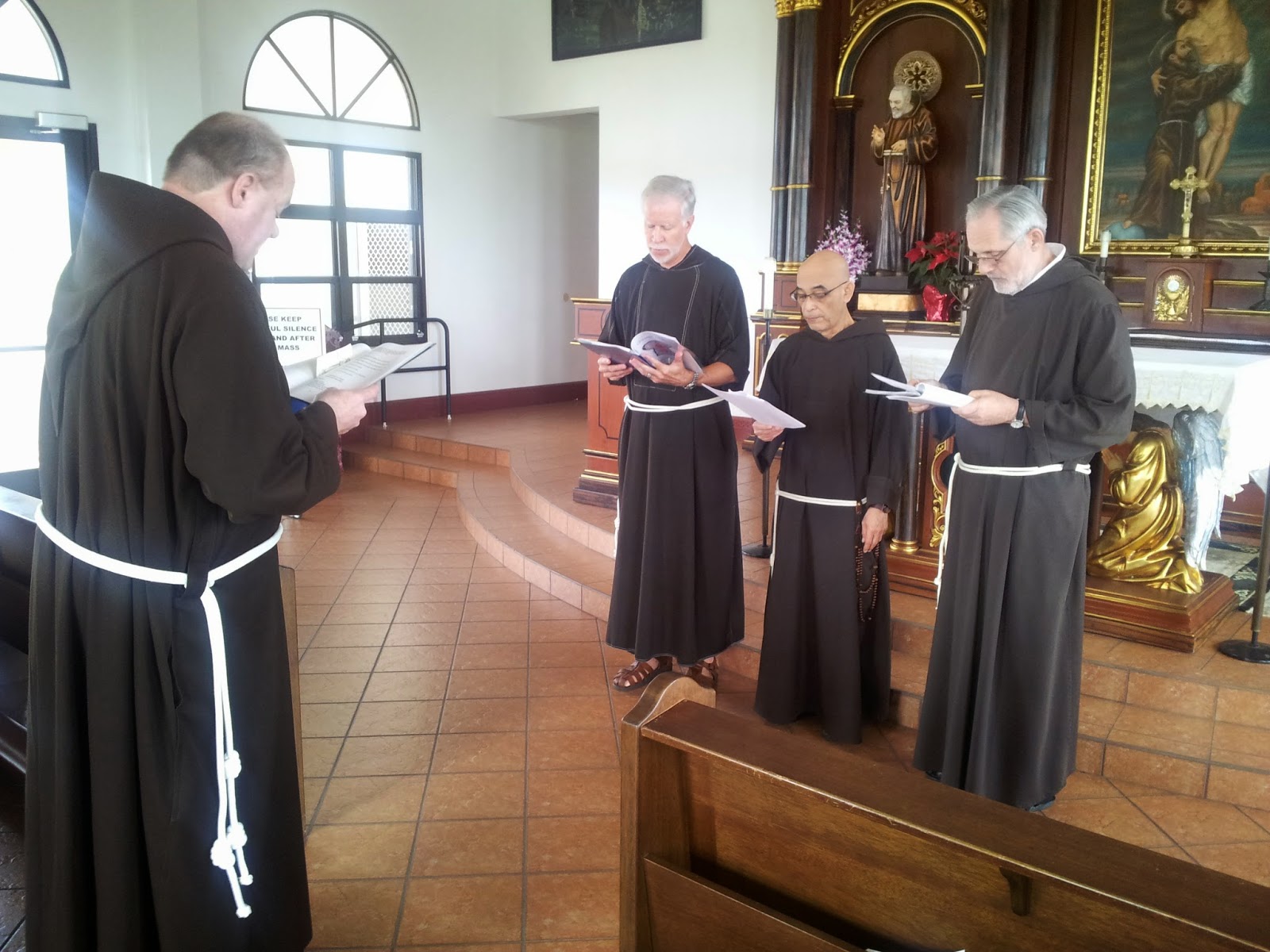 Making their Profession of Faith before Fr. Francis Gasparik, Provincial of the St. Mary Province of New York and New England 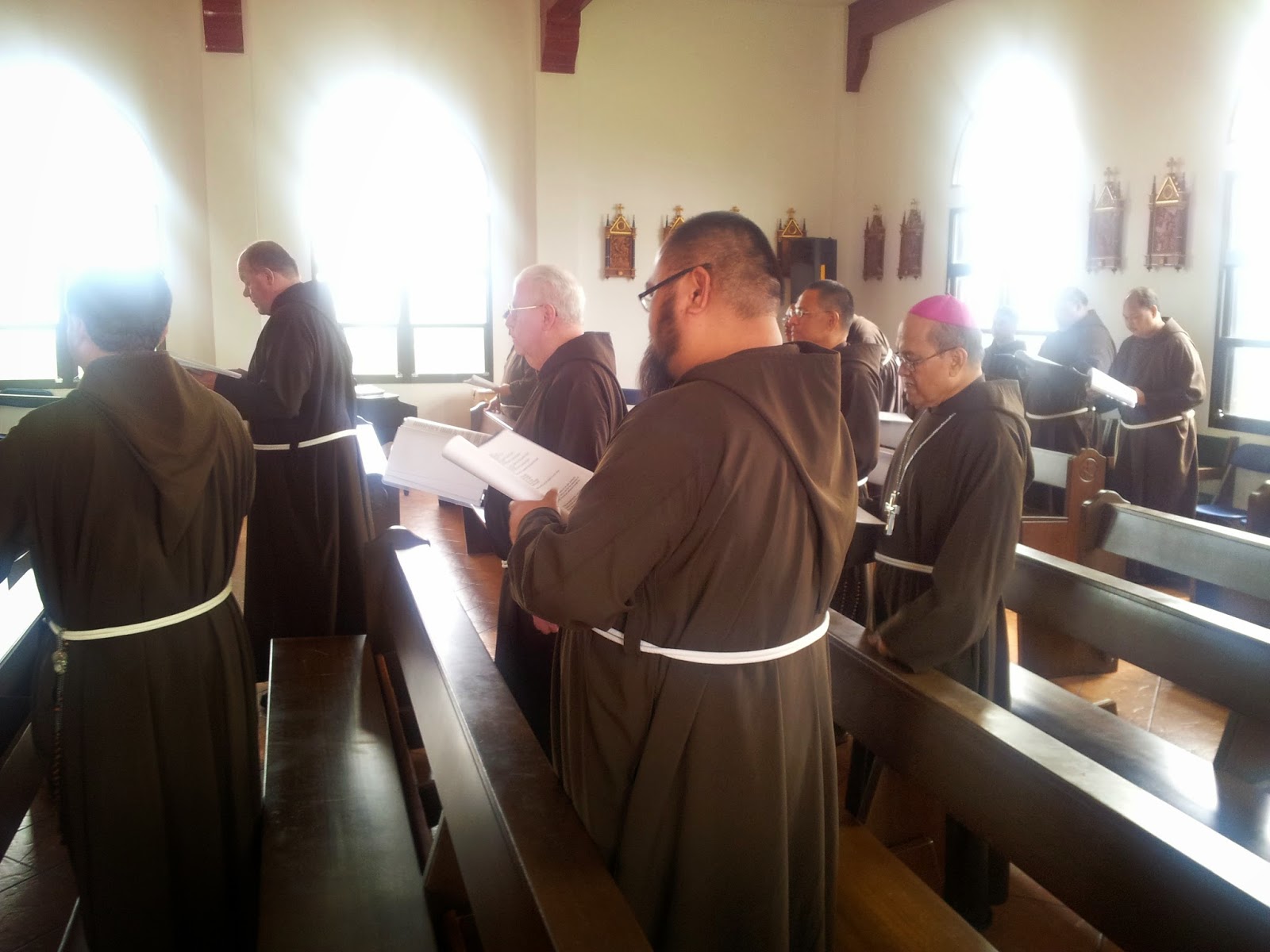 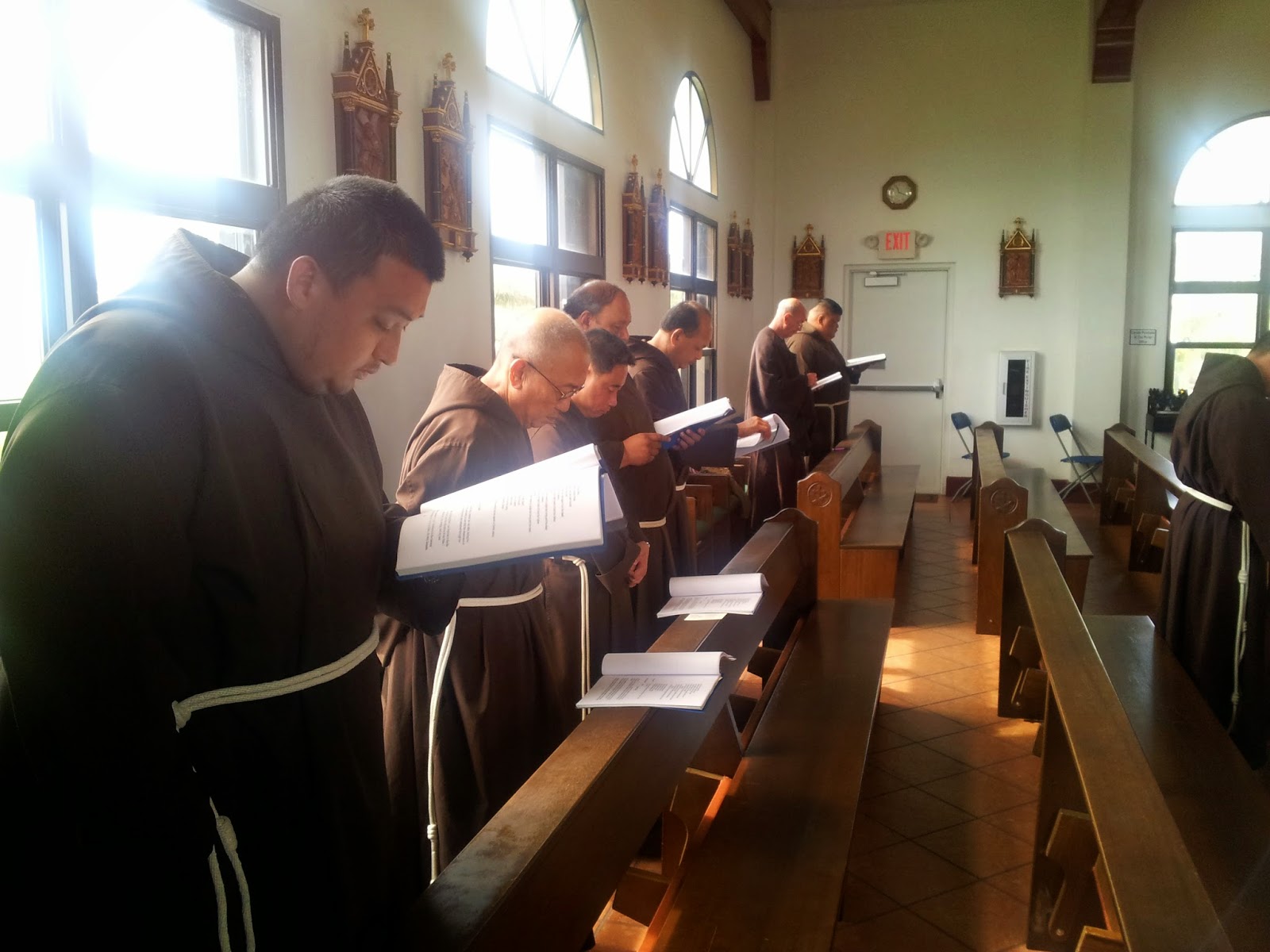 CONGRATULATIONS!
Posted by paleric at 11:45 AM 3 comments:

Email ThisBlogThis!Share to TwitterShare to FacebookShare to Pinterest
Labels: Chapter 2015 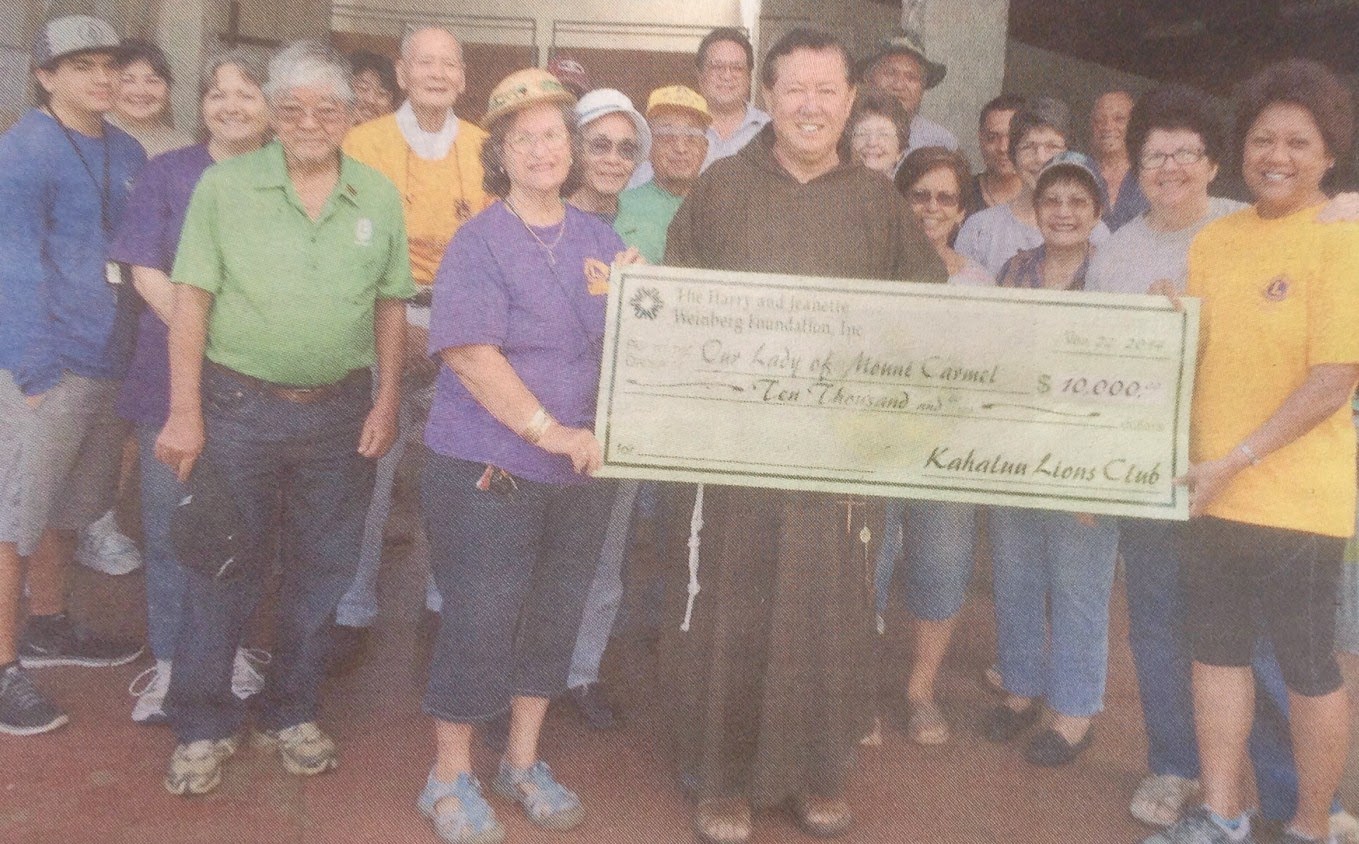 Our Lady of Mount Carmel Church in Waikane, Hawaii is under the spiritual care of Father Paulo Kosaka, OFM Cap. Recently, with the participation of the Lion's Club, $10,000 was donated by the Harry and Jeanette Weinberg Friends program to support the work of the food pantry at the parish, which assists those in need of food. No one is ever turned away.
Posted by paleric at 5:41 PM No comments: 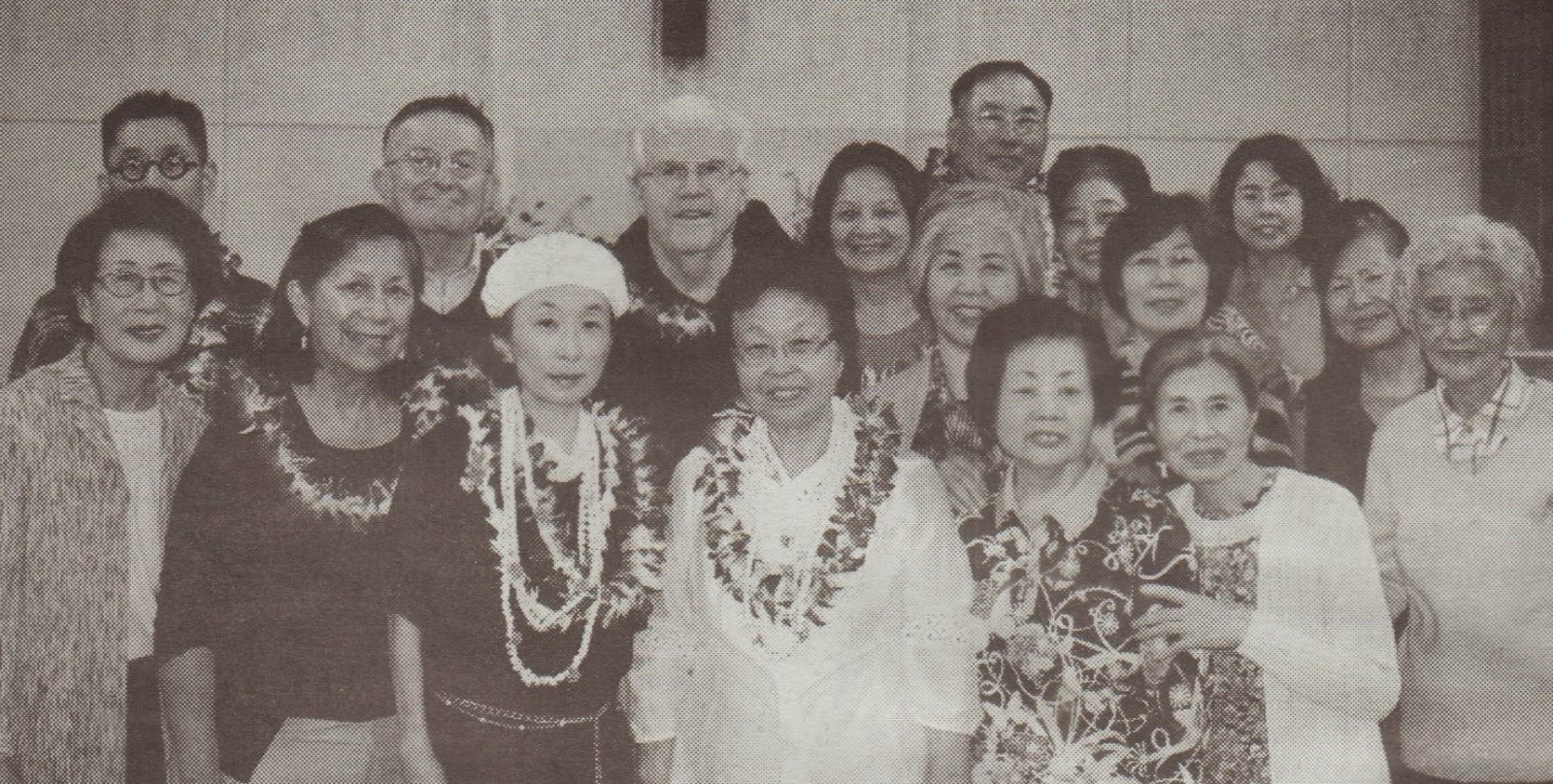 The profession took place at St Pius X Church in Manoa. A Korean Franciscan friar and two Korean priests ministering with Korean Catholics in Hawaii were also present.
Posted by paleric at 5:39 PM No comments: 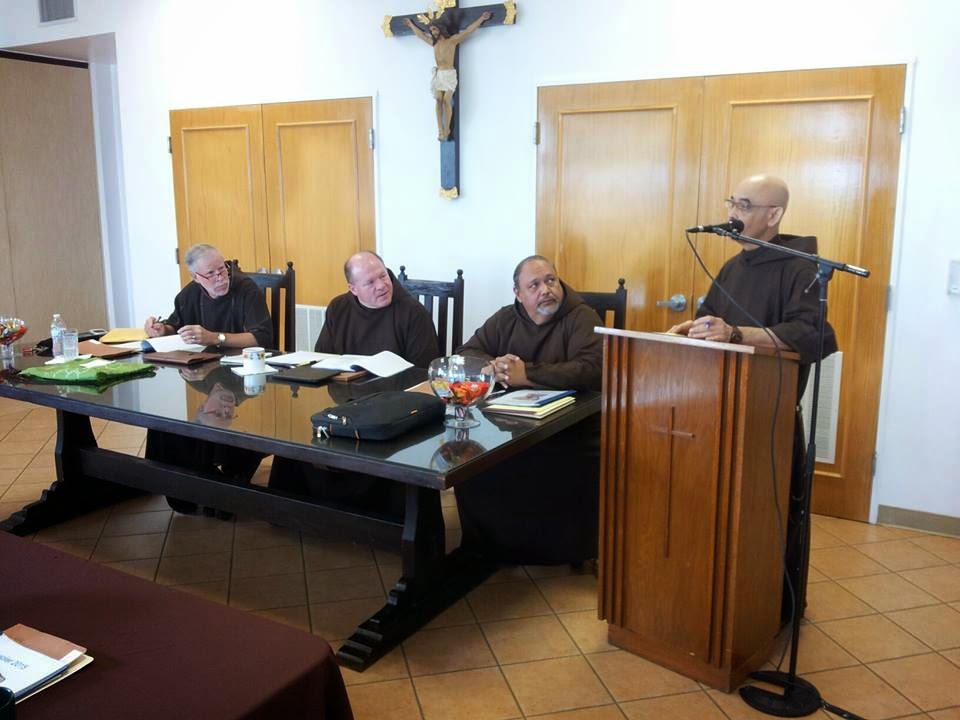 Every three years, the Capuchins of Guam and Hawaii meet in a formal meeting, lasting several days, called a Chapter. During Chapter, policies are adopted and community leaders are elected. 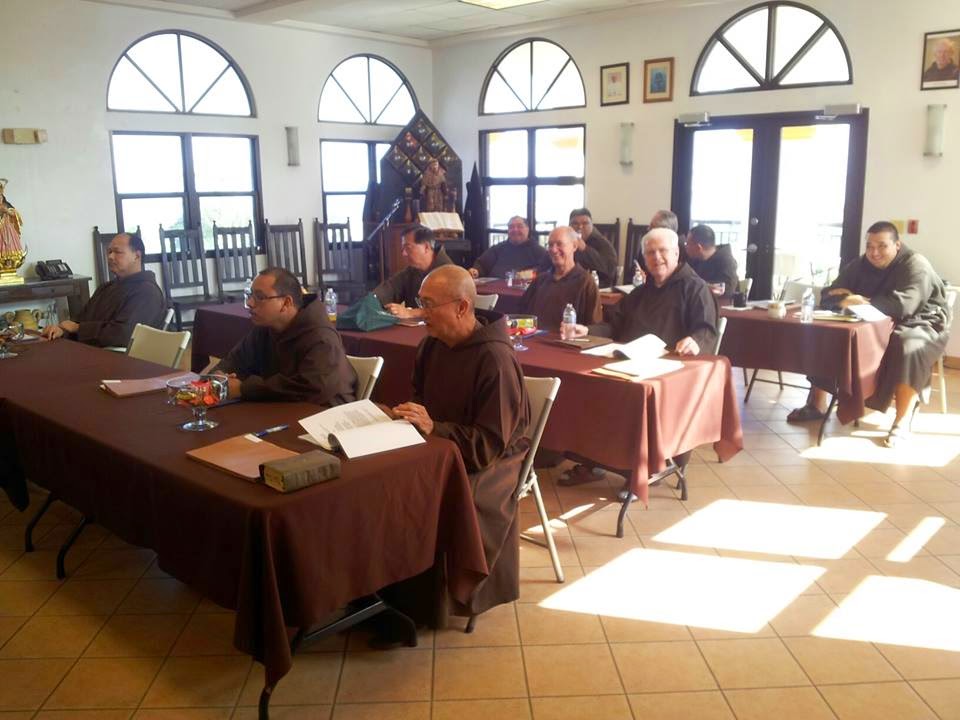 This year, the number of professed friars at Chapter are 15. There are also three friars observing who are not yet finally professed. 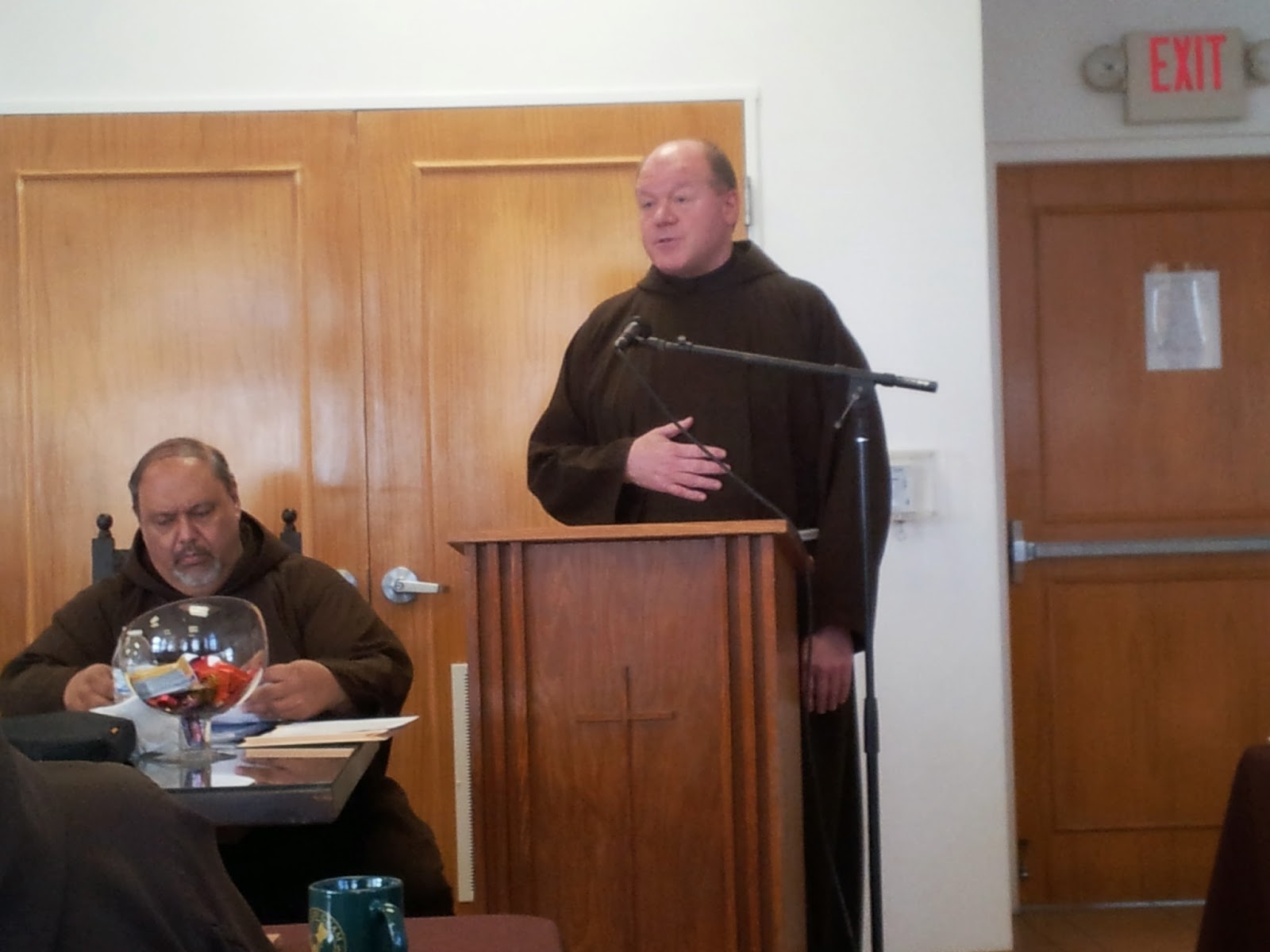 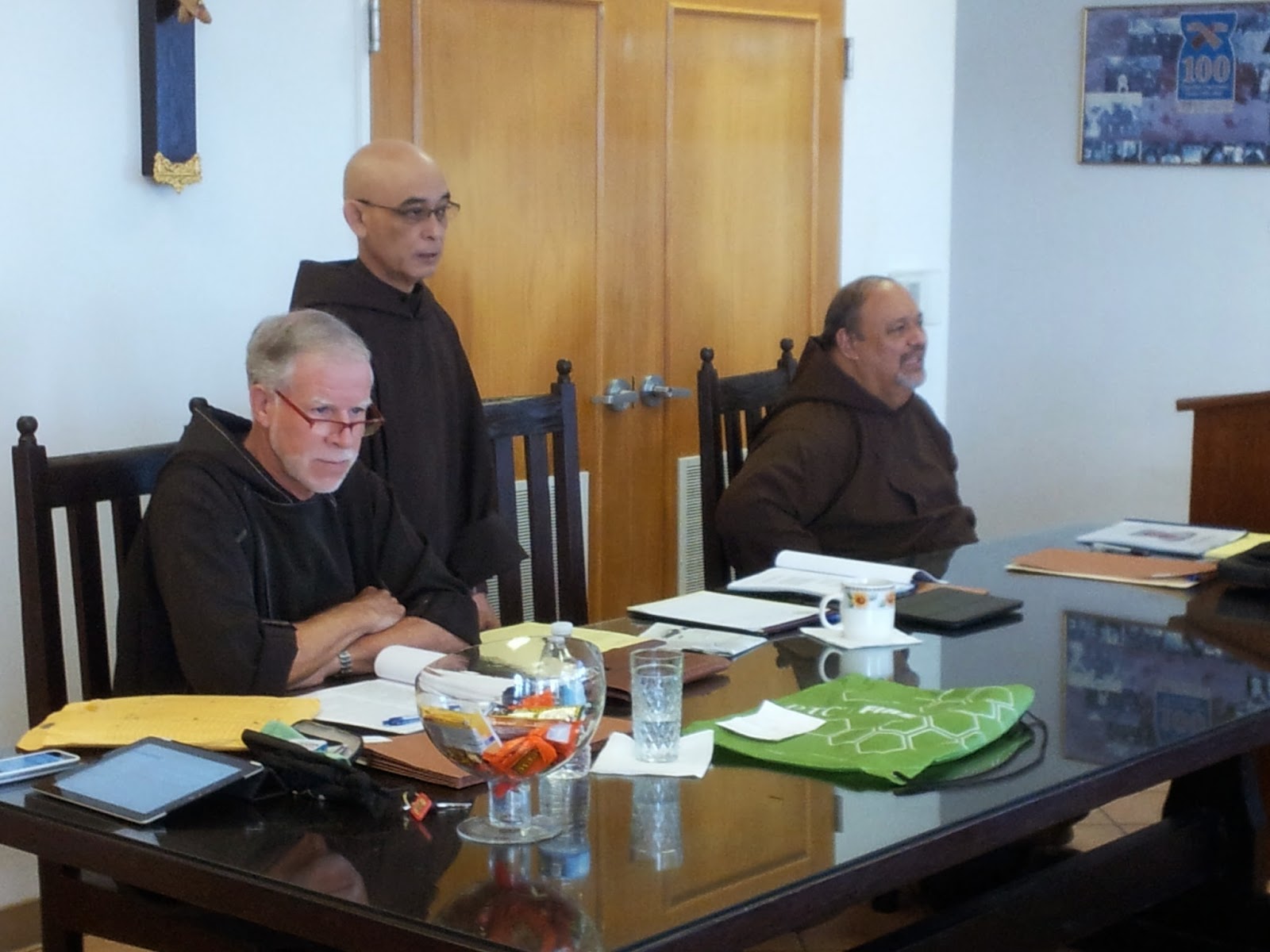 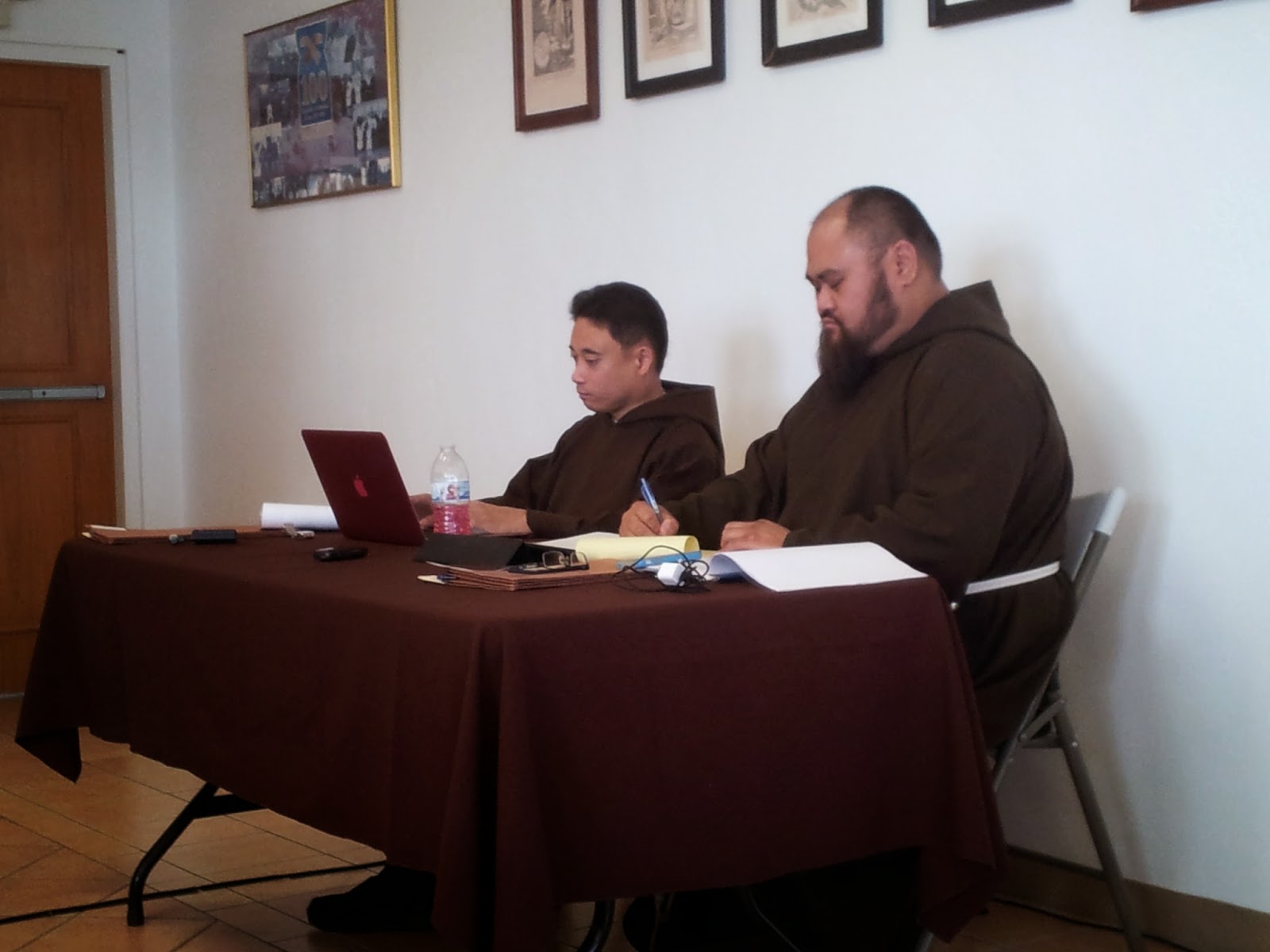 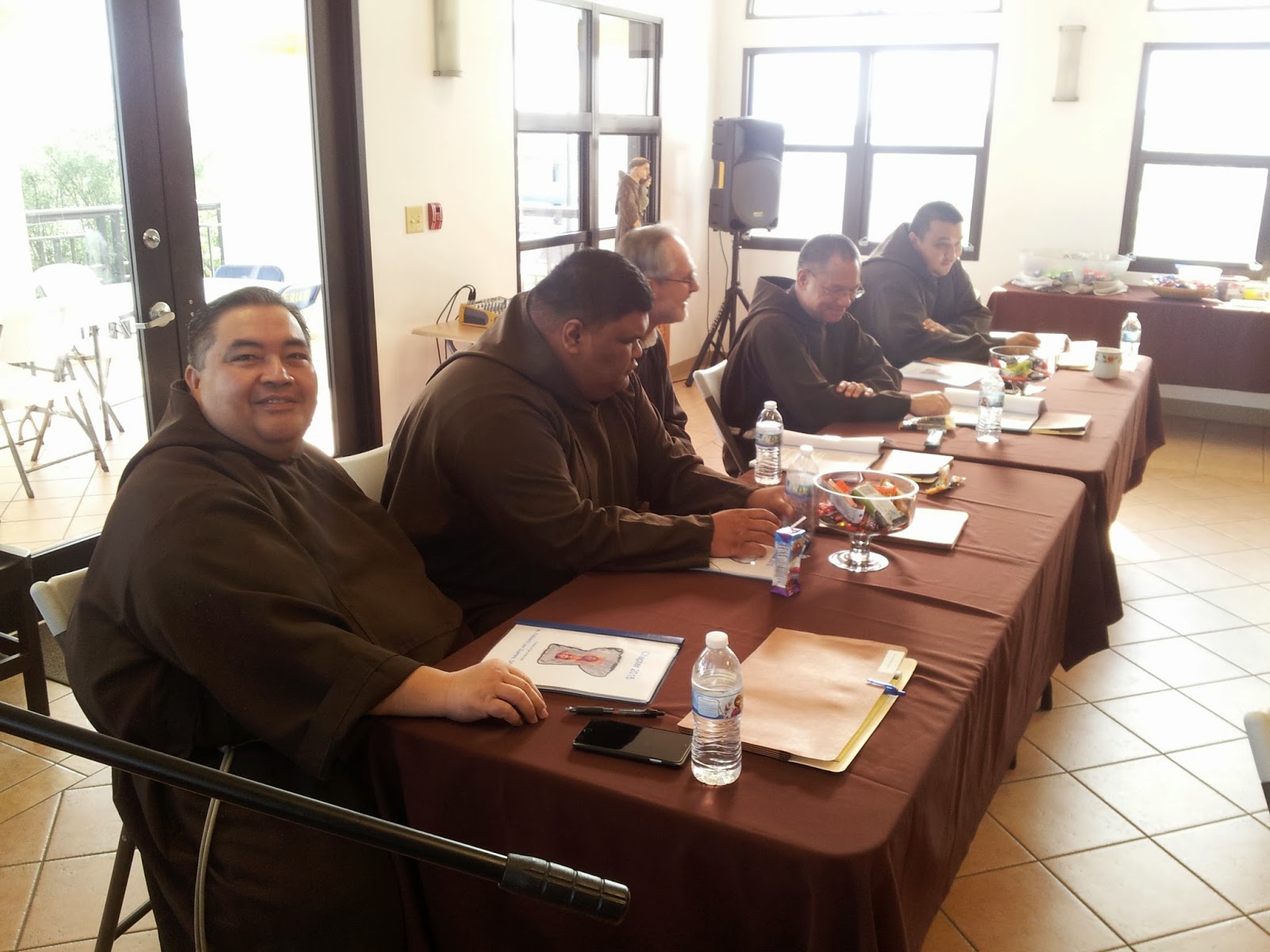 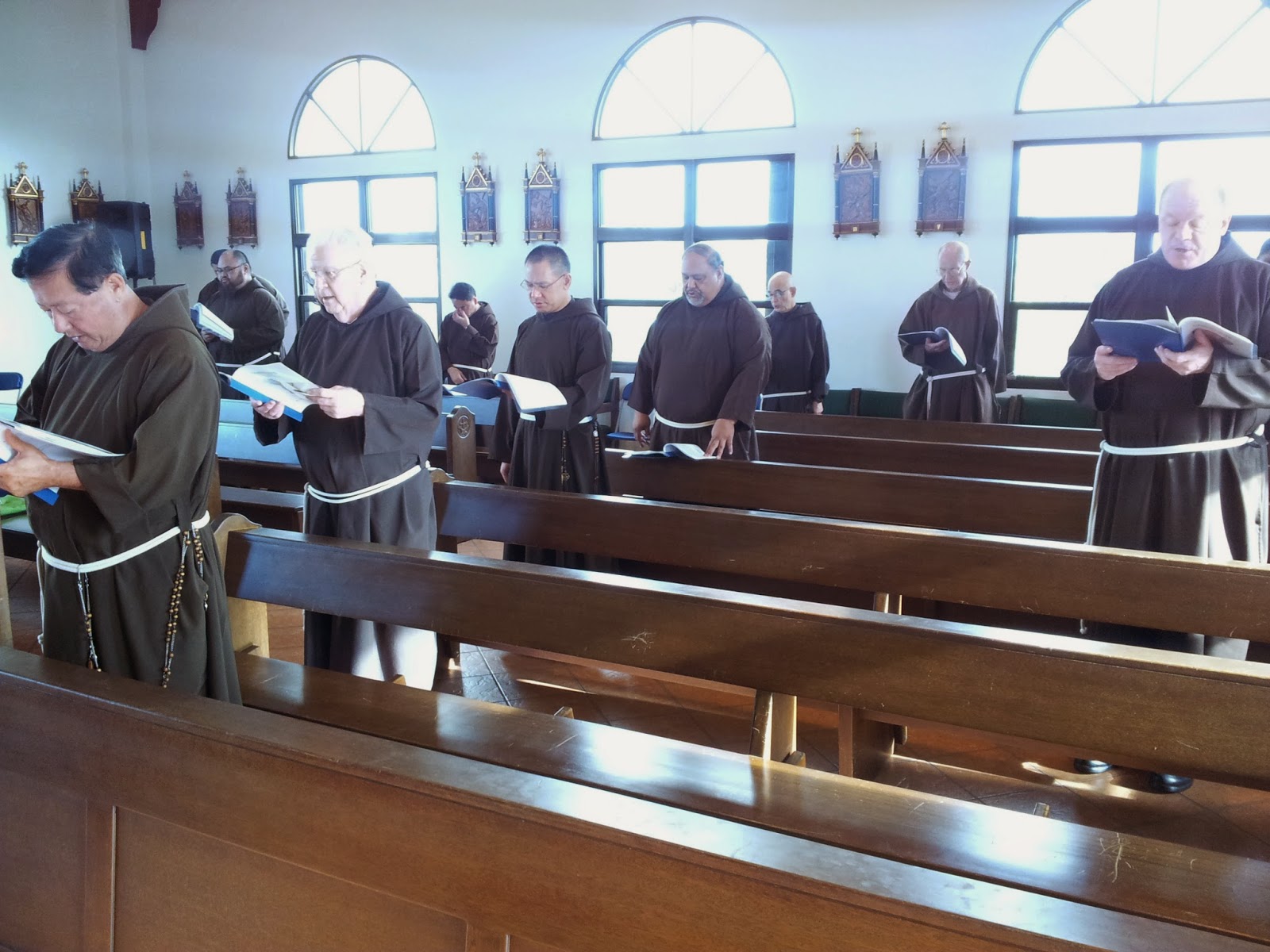 The friars at prayer
Posted by paleric at 9:33 PM No comments: