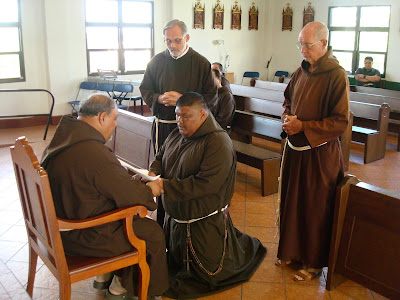 Br Ryan hails from the parish of Santa Teresita in Mangilao.  He is studying at the University of Guam and ministers at Santa Teresita parish, mainly with the youth ministry.  Every other week, he helps serve meals to the homeless at a Catholic center for those in need of those services. 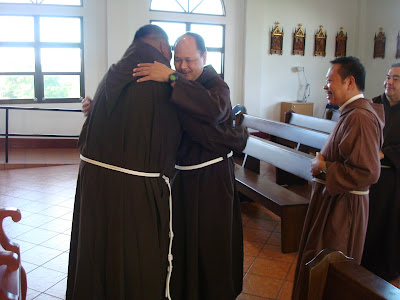 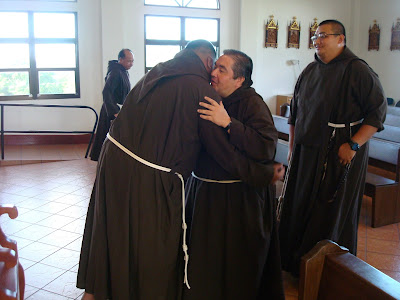 ...and from Fr Felix Leon Guerrero
Posted by paleric at 10:24 PM No comments: 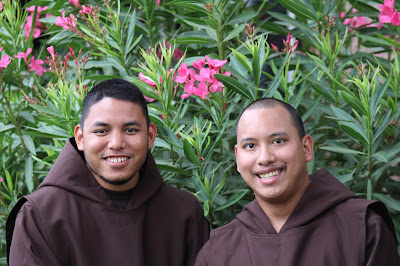 The Vice Province is blessed to have two young men from Guam invested in the habit of the Capuchin Order this past weekend.

The novitiate is one full year of initiation into the Capuchin way of life.  Novices live in community - praying, studying, working and sharing life as brothers.

Some years ago, it was decided to have all the novices from the U.S., including the Vice Province of Guam/Hawaii, English-speaking Canada and Australia do their novitiate year together.  After some time in Pennsylvania, the novitiate program moved to Southern California.  The novitiate is in a quiet, ranch area of Santa Ynez, a town near Solvang, which is about half an hour from Santa Barbara.

Father Patrick Castro from Guam flew to the investiture ceremony to represent the friars of Guam and Hawaii. 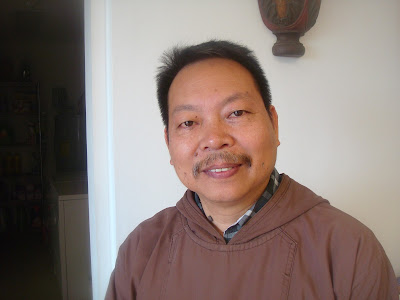 Capuchin Father Roberto (Bert) San Diego from the Philippine Province is here on Guam to visit the friars for a month and a half.  Welcome Fr Bert and enjoy your stay!
Posted by paleric at 10:05 PM No comments: 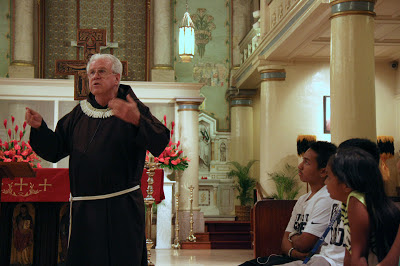 Recently, Capuchin Father Gordon Combs, in residence at the Cathedral parish, spoke to the Youth Group of that parish, encouraging them to support the renovation efforts.

As Father Gordon took the group on a tour of the Cathedral, he pointed out that "Saint Francis was called by God to 'repair the Church.'"  This repair, he continued, is both spiritual and physical. 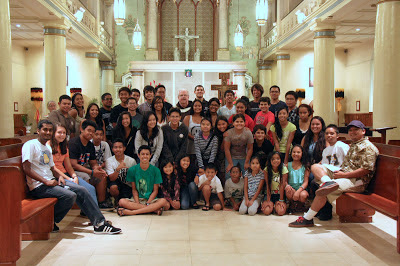 Father Gordon with the Youth Group who attended the tour
Posted by paleric at 8:57 AM No comments: