On July 24, two novices from Guam, Bryan Quinata and Ryan Charfauros, were invested with the Capuchin habit.  They joined 20 other novices from all over the U.S., Canada, Australia and England at the novitiate in San Lorenzo Friary, Santa Ynez, California.

Santa Ynez is near Solvang, CA and about a half hour from Santa Barbara. 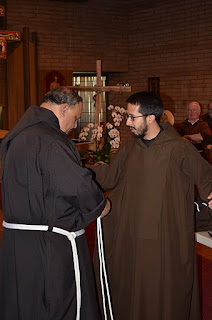 Bryan is invested by Father Joseph English, Vice Provincial of Guam and Hawaii 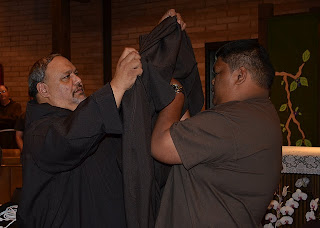 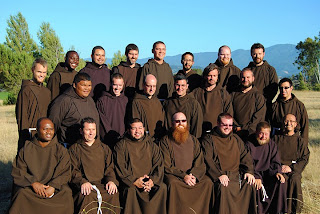 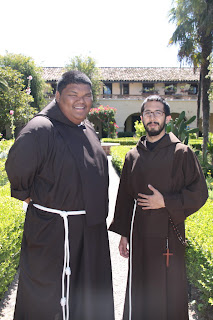 Ryan and Bryan
Our two novices from the
Vice Province of Star of the Sea
Guam - Hawaii
Posted by paleric at 11:55 PM