Around December 8 (the Feast of the Immaculate Conception) every year, the Chamorros in Southern California come together to celebrate the Eucharist for the intention of the patients from Guam referred to hospitals and medical centers in the Los Angeles area.  December 8 is an important day for Chamorros, as it is the day that we give honor to Our Lady of Camarin, Guam's patroness. 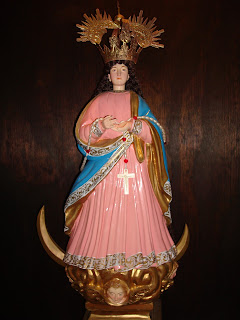 A replica of the statue of Our Lady of Camarin permanently rests in the chapel of Good Samaritan Hospital in Los Angeles, since many people from Guam are referred to that hospital for medical treatment.  The original statue was found, according to an old story, in the waters off Merizo, Guam and for many years has been revered in the Cathedral in Agana. 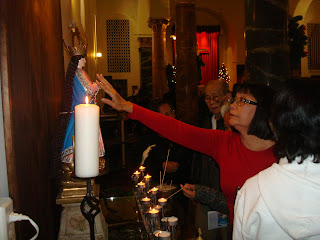 People instinctively reach out to honor their spiritual mother. 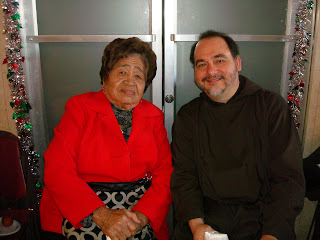 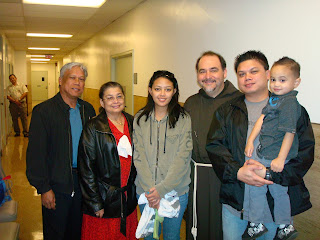 The gentleman on the right (Ken Kisa), holding his young son, was Fr Eric's altar server in Saipan back in 1991.  He now lives in California.  His wife and parents stand on the left. 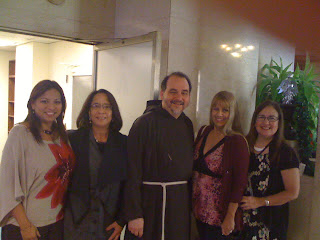 Friends from the Chamorro Community in Southern California.