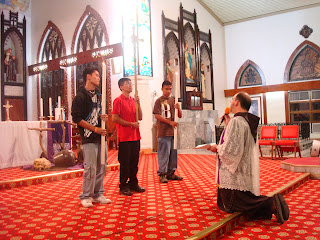 The Diocese of Chalan Kanoa comprises the islands of the Northern Marianas : Saipan, Tinian and Rota.  The Diocese asked Father Eric Forbes, OFM Cap to lead its annual "Come Back to Life" Lenten Mission.  On Monday, Fr. Eric gave a conference to the clergy and religious in the morning, then preached to the youth in the evening, followed by the Stations of the Cross. 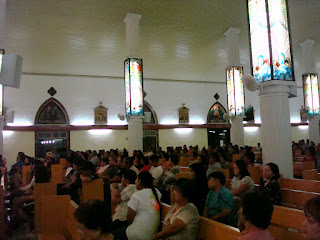 On Tuesday night, the Mount Carmel Cathedral in Saipan was filled with the general public, for a sermon at 7PM followed by the Stations once again.  On Wednesday night, there was a penance service with confessions that lasted till past 9PM.  The Cathedral, by the way, was built by the late Father Ferdinand Stippich, OFM Cap. 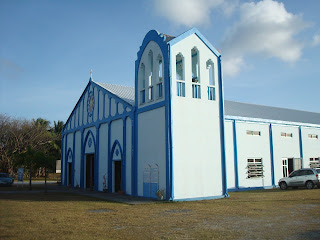 The island of Rota came next, on Thursday night.  This church was built by the late Father Cornelius Murphy, OFM Cap and still stands today with hardly any changes. 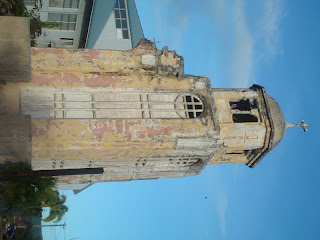 Finally, Fr. Eric preached and heard confessions on Tinian, whose church, built by the late Father Marcian Pellett, OFM Cap, was torn down to make room for a modern church, but they kept the original tower as a memento.
Posted by paleric at 11:46 AM