MINISTRY IN THE PHILIPPINES 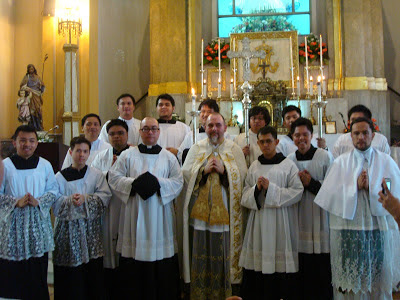 Father Eric was invited to offer Mass at Santo Domingo de la Naval Church in Quezon City (Manila area) in the Philippines.  The Church is famous for its shrine to Our Lady of the Rosary of La Naval, an image venerated for her intercession assisting the Spanish and Filipino forces against Dutch invasion in 1646. 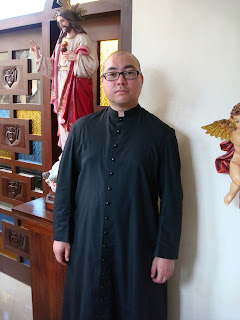 He also directed Rev. Deacon Richard Kidd on his canonical retreat in preparation for his ordination to the priesthood this coming July.
Posted by paleric at 2:28 PM