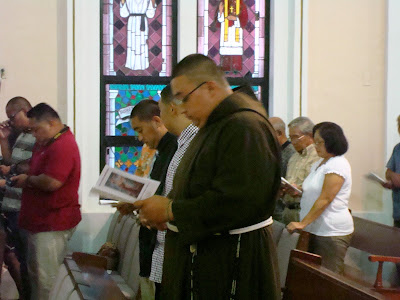 After completing one year of novitiate in California, Brother Gavin Diego returned to Guam to make his first profession last night at his parish church of Saint Joseph in Inarajan.

He vowed to live poverty, chastity and obedience for one year.  His profession was received by Father Joseph English, Vice Provincial.

Profession is first made in stages, for a temporary period until the friar and the fraternity are more sure of his vocation.  Then he makes profession for the rest of his life. 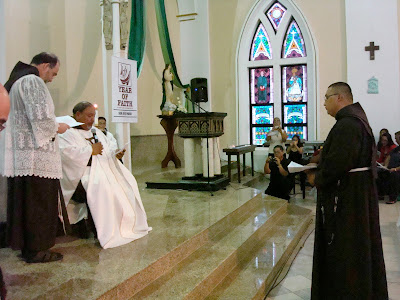 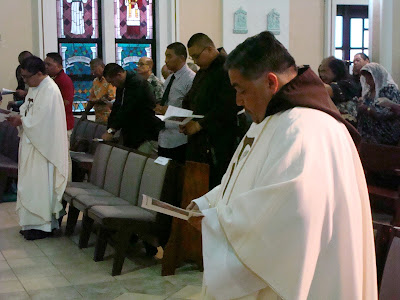 The church was filled to capacity! 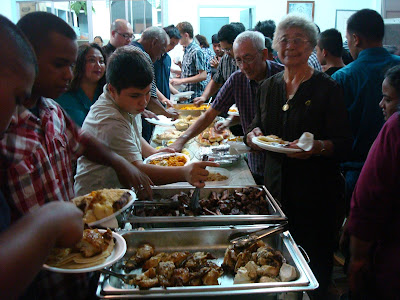 Hundreds of well-wishers enjoyed the sumptuous feast after Mass. 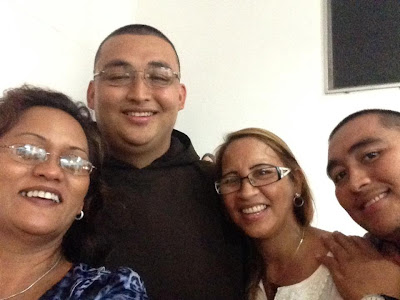 The Mass was truly a family affair.  His mother Lynn (to his right) was lead singer in the choir.  His brother Terence (far right) read one of the readings in Mass.  Another brother, Bo, was also a reader.  His father Frank read the Universal Prayer.  And the youngest brother Cody was the book bearer for the presider at Mass.


CONGRATULATIONS BROTHER GAVIN!
THANKS TO HIS FAMILY, THE PARISH OF SAINT JOSEPH, ALL OUR CAPUCHIN FRIENDS AND BENEFACTORS FOR YOUR PRAYERS AND SUPPORT!
Pray for Vocations!
Posted by paleric at 11:05 AM