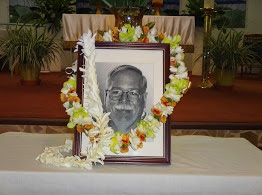 Father Bob Maher served in Hawaii for twelve years, as associate for many years in the parish of Saint Elizabeth in Aiea and later as administrator of Saint George parish in Waimanalo.  He returned to New York last year and died unexpectedly on August 21. 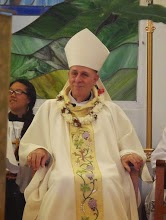 To pay tribute to his many years of service in the Diocese of Honolulu, a memorial Mass for his soul was celebrated on August 29 at Saint Elizabeth Church in Aiea presided by Bishop Larry Silva, Bishop of Honolulu. 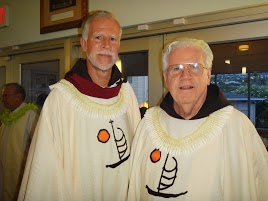 The three friars in Hawaii, Fathers Michel Dalton, Gordon Combs and Paulo Kosaka concelebrated.  Father Michel also preached the homily.  At the end of Mass, the three friars sang the "Ultima," traditionally sung in our Capuchin community for the remembrance of the deceased friars. 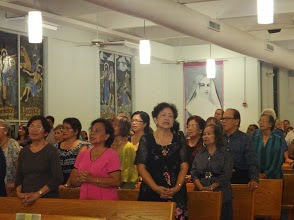 The church was full of former parishioners, friends, clergy and religious. 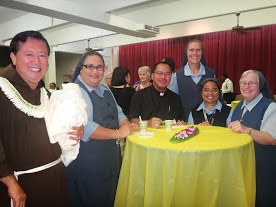 Father Paulo Kosaka with some religious and a priest who gathered for the dinner after the memorial Mass.
Posted by paleric at 11:01 PM