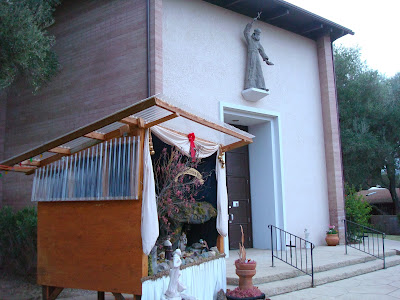 Ever since the friary in Santa Ynez, California became the novitiate for the US and other English-speaking countries, the Guam novices have taken the leadership in building the Christmas crèche (or belen), an old and venerable Franciscan tradition going back to Saint Francis himself. 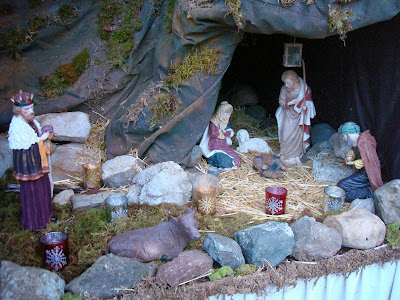 This year, the coordinator for setting up the belen was Guam novice Brother William Paulino.  Many other novices lent a hand in many ways, including carpentry and painting. 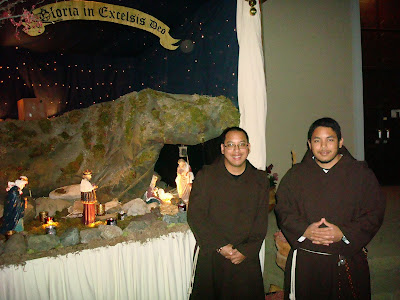 Brother William (right) with Brother Jason Chargualaf, also from Guam, who helped build the belen.
Posted by paleric at 10:58 AM