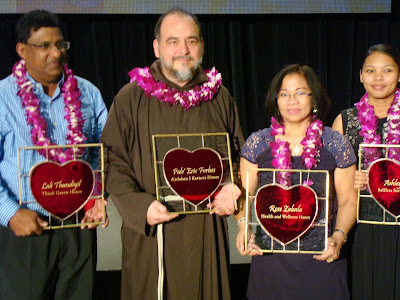 Guam Capuchin Pale' Eric Forbes was one of four recipients of the KUAM Careforce award in 2013.  The winners were announced this past November.

KUAM,  a leading Guam news media company, recognizes four individuals in the community for their service to the island in various spheres.  Pale' Eric was selected this year for his cultural advocacy work, maintaining a well-known blog showcasing Chamorro culture, history and language.  He also has given many cultural workshops in the US mainland and is now working of producing a documentary on the history of the Chamorro people. 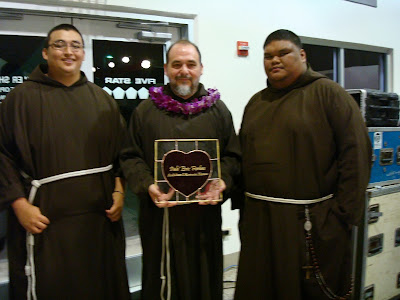 Brothers Gavin Diego and Ryan Charfauros were also present at the awards ceremony. 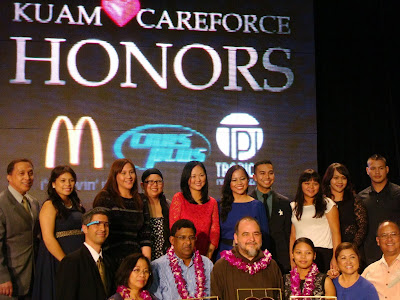