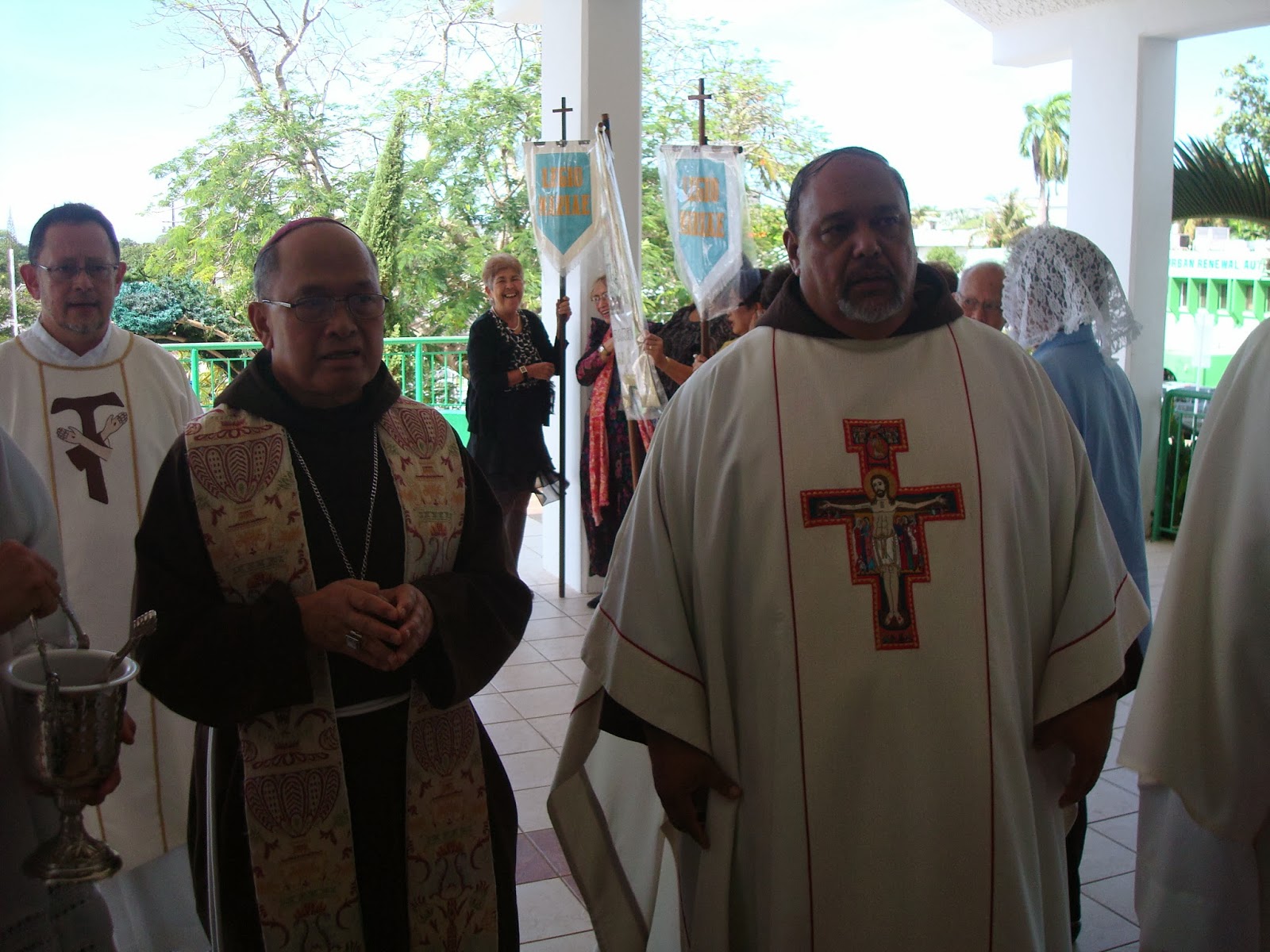 Lourdes Crisostomo English was, for almost her entire life, a techa, or traditional prayer leader, at Saint Jude Thaddeus parish in Sinajana, Guam.  Seven days a week, she lead the people in praying the rosary and other devotions before Mass and at special events in the parish.

As techa, she also lead the rosary for hundreds, if not thousands, of families during the traditional nine nights of public rosary each time there was a death in their family, and also lead the praying of novenas in the church and in the home for many families.

Today, her son, Father Joseph, Vice Provincial of the Capuchins in Guam and Hawaii, celebrated and preached at her funeral Mass.  Presiding was Archbishop Anthony S. Apuron, OFM Cap, DD.  Many friars and other clergy were also on hand. 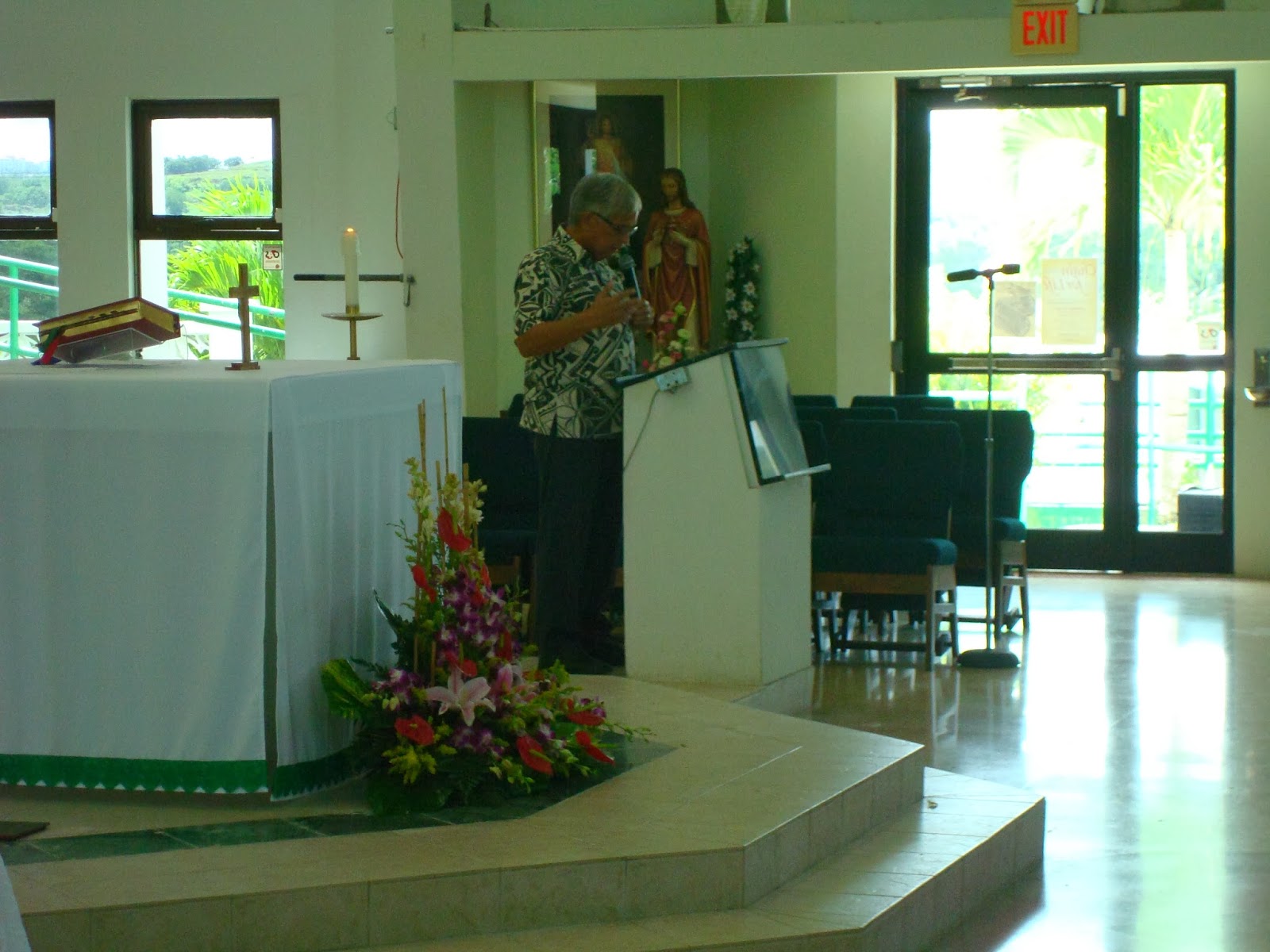 Giving the eulogy before Mass, former US Congressman and the current President of the University of Guam, Dr. Robert Underwood, recalled growing up as a youngster under the shadow of Lourdes.  Lourdes would take care of some children during working hours and even take in some children when they were in need of shelter. 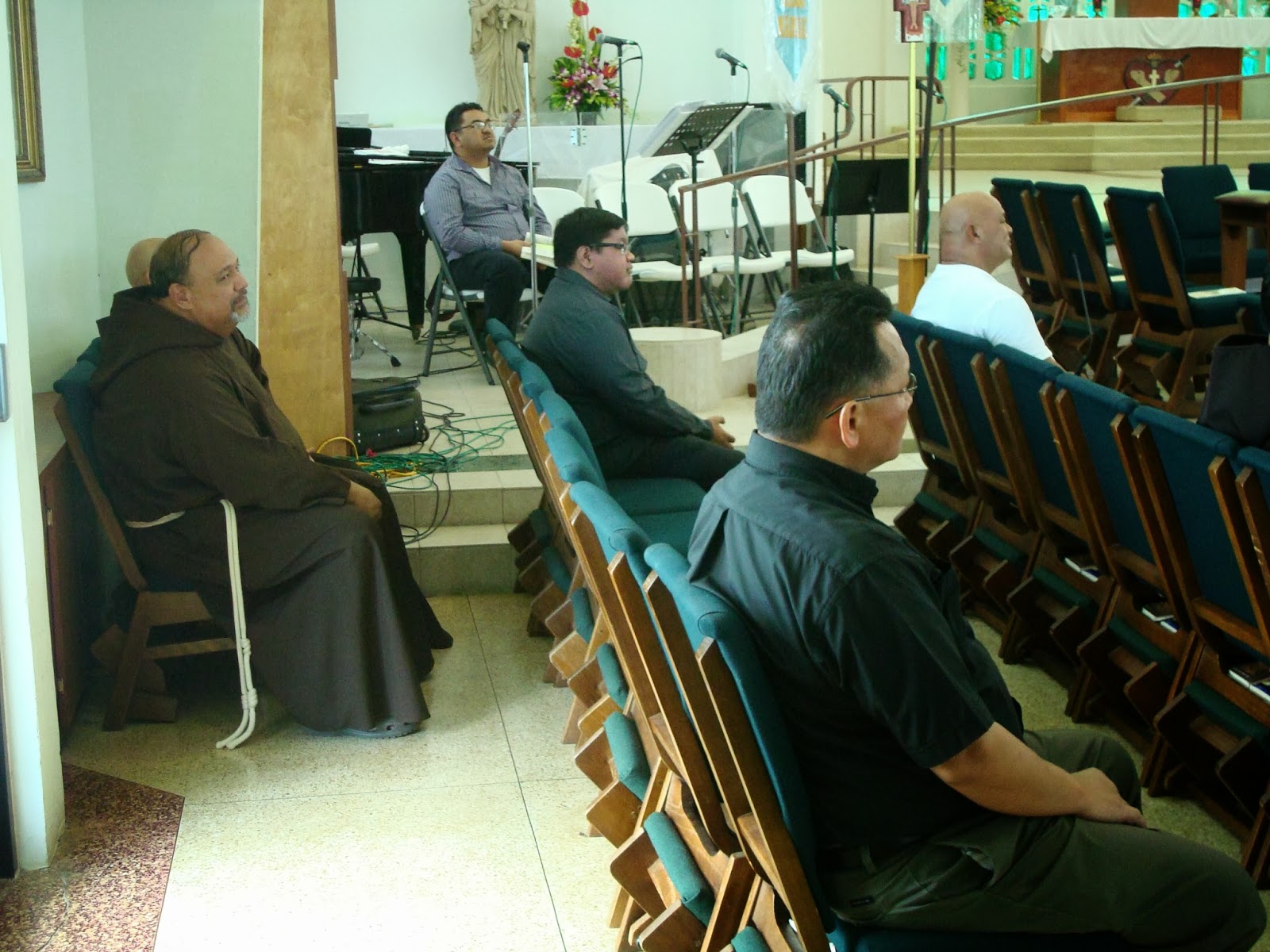 Father Joe listening to the eulogy before Mass. 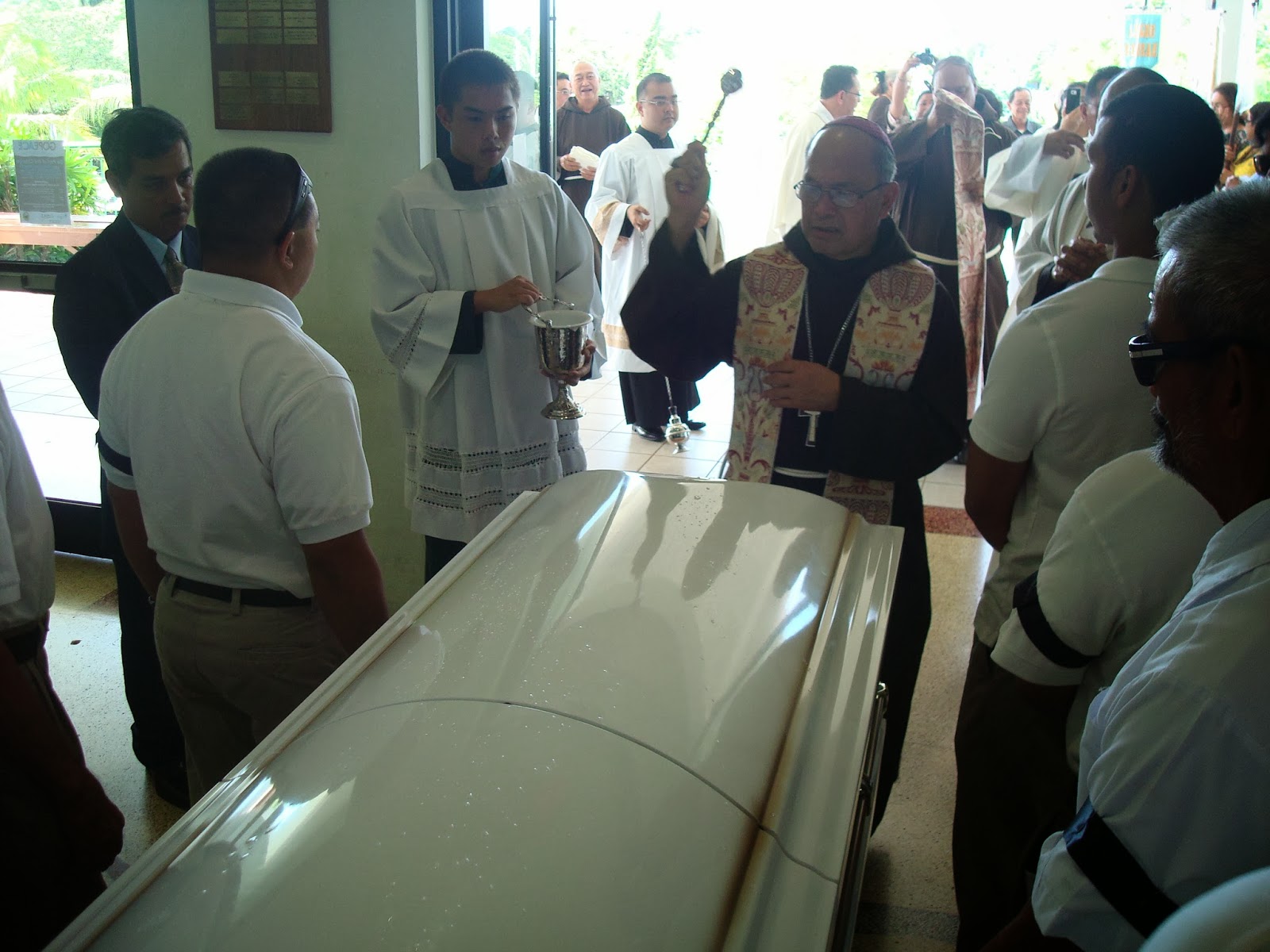 Archbishop Apuron blesses the casket before the procession to the cemetery. 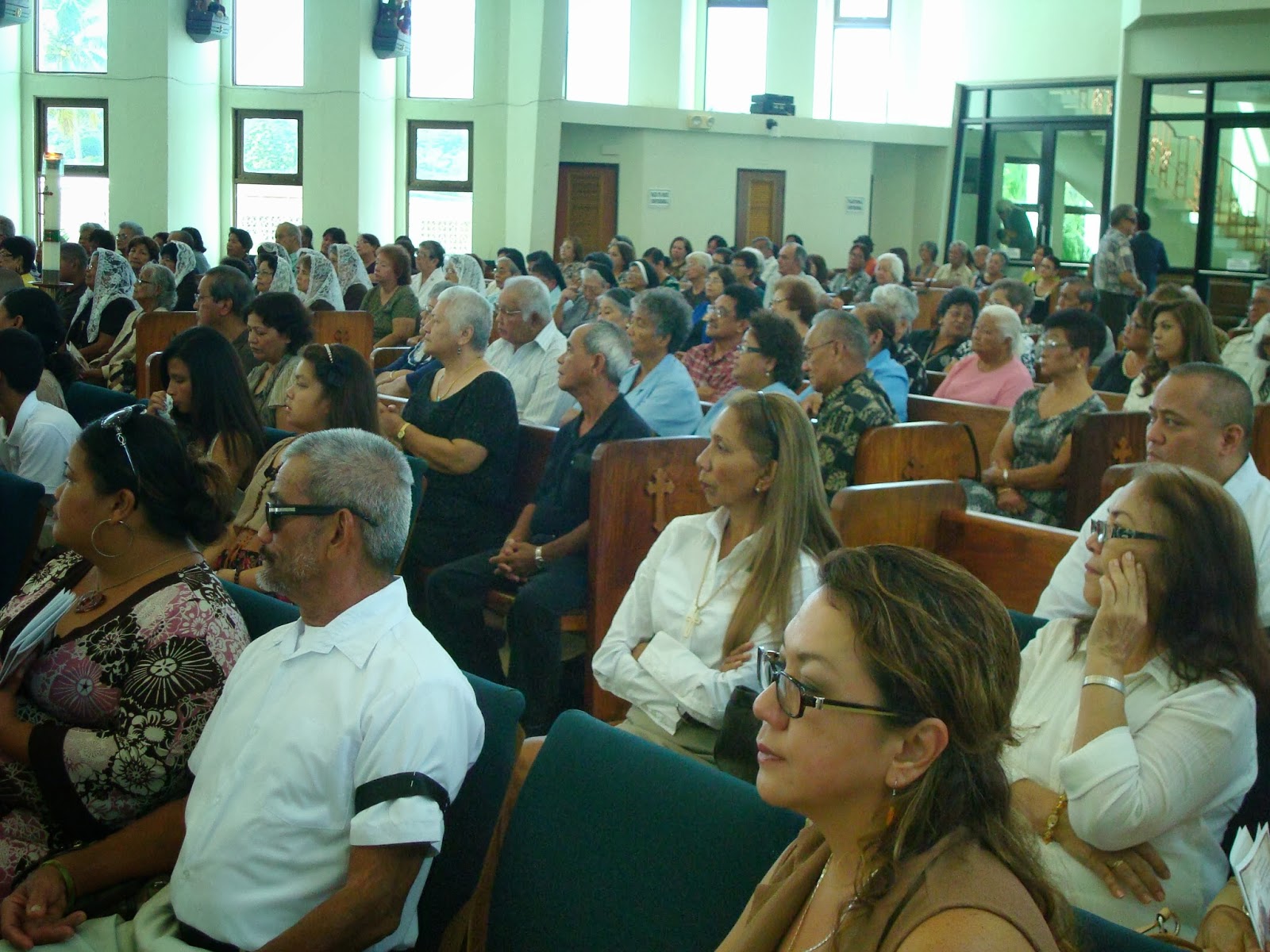 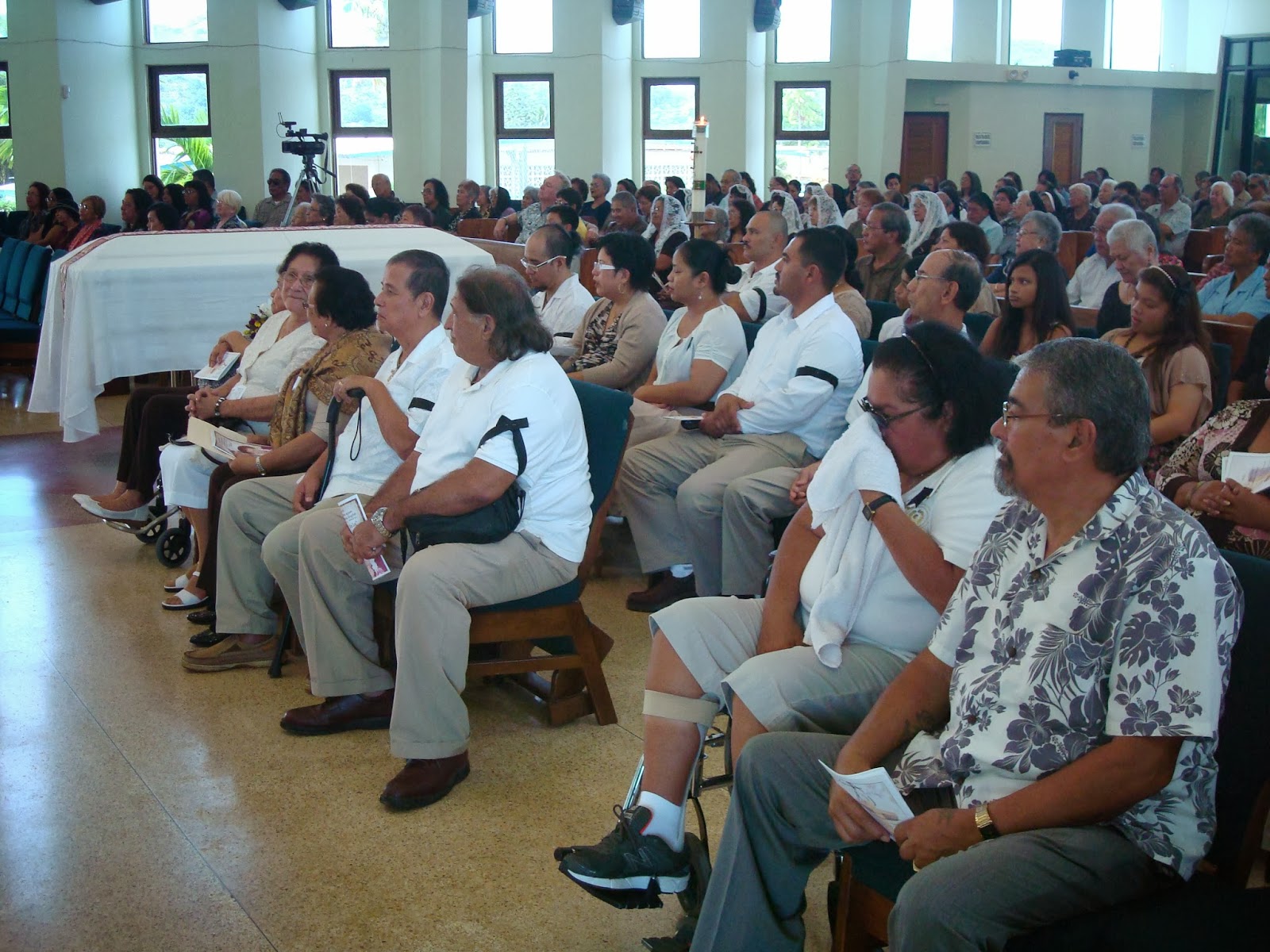 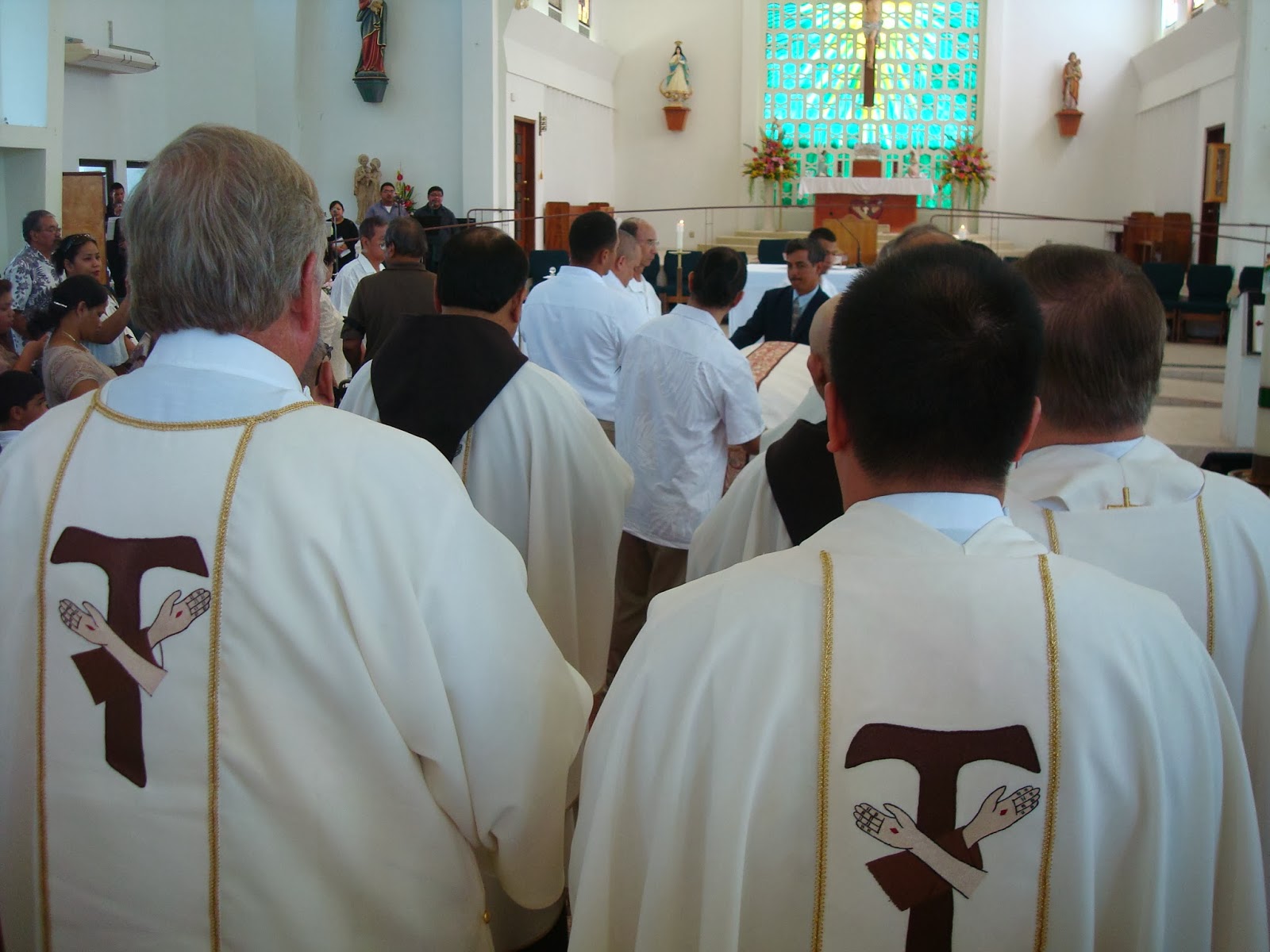