OUR JUBILARIANS : FRS GEORGE AND GORDON

Fifty years ago, two Capuchin friars, George Maddock and Gordon Combs were ordained on the same day, at the same ceremony, by the same bishop, Bishop Ferns, one of the auxiliary bishops of the Archdiocese of New York.

What makes this jubilee more special is that Frs George and Gordon were classmates since high school, beginning in 1951.  From that time on, they were always in the same high school class, novitiate class and seminary class.

After ordination, their paths diverged for a while.  Fr Gordon became a missionary in Okinawa, Japan, where he learned to speak fluent Japanese.  On the other hand, Fr George eventually came to Guam with the primary mission of forming a local clergy.  To that end, he began teaching at Fr Duenas Memorial School, which was founded as a minor seminary, though it also had day students.

Fr George eventually became principal of the school and rector of the minor seminary.  He then went on to take his first parish assignment as a pastor in Saint Francis parish, Yona.

Eventually their paths converged again as Fr Gordon transferred from Okinawa to Guam, where he served many years as pastor of Our Lady of Lourdes parish in Yigo and Mt Carmel parish in Agat.  Fr George also served as Superior Regular and in formation work for the community.  Both priests served at various times on the fraternity Council advising the Vice Provincial.

Both Fr George and Fr Gordon then served in Hawaii.  While Fr George worked as pastor of Our Lady of Perpetual Help parish (Ewa Beach) - the first Capuchin parish in Hawaii - and then at St  Elizabeth parish in Aiea, Fr Gordon took on the ministry of hospital chaplain at St Francis-West Hospital.   Fr George also did formation work in Hawaii and Fr Gordon assisted at St Elizabeth in Aiea.

Fr George is now in retirement at St Fidelis Friary on Guam while Fr Gordon is in residence at Our Lady of Peace Cathedral in Honolulu where he assists.

For their combined 100 years of faithful service, we say Thank You, Si Yu'us Ma'ase' and Mahalo!  God reward you both! 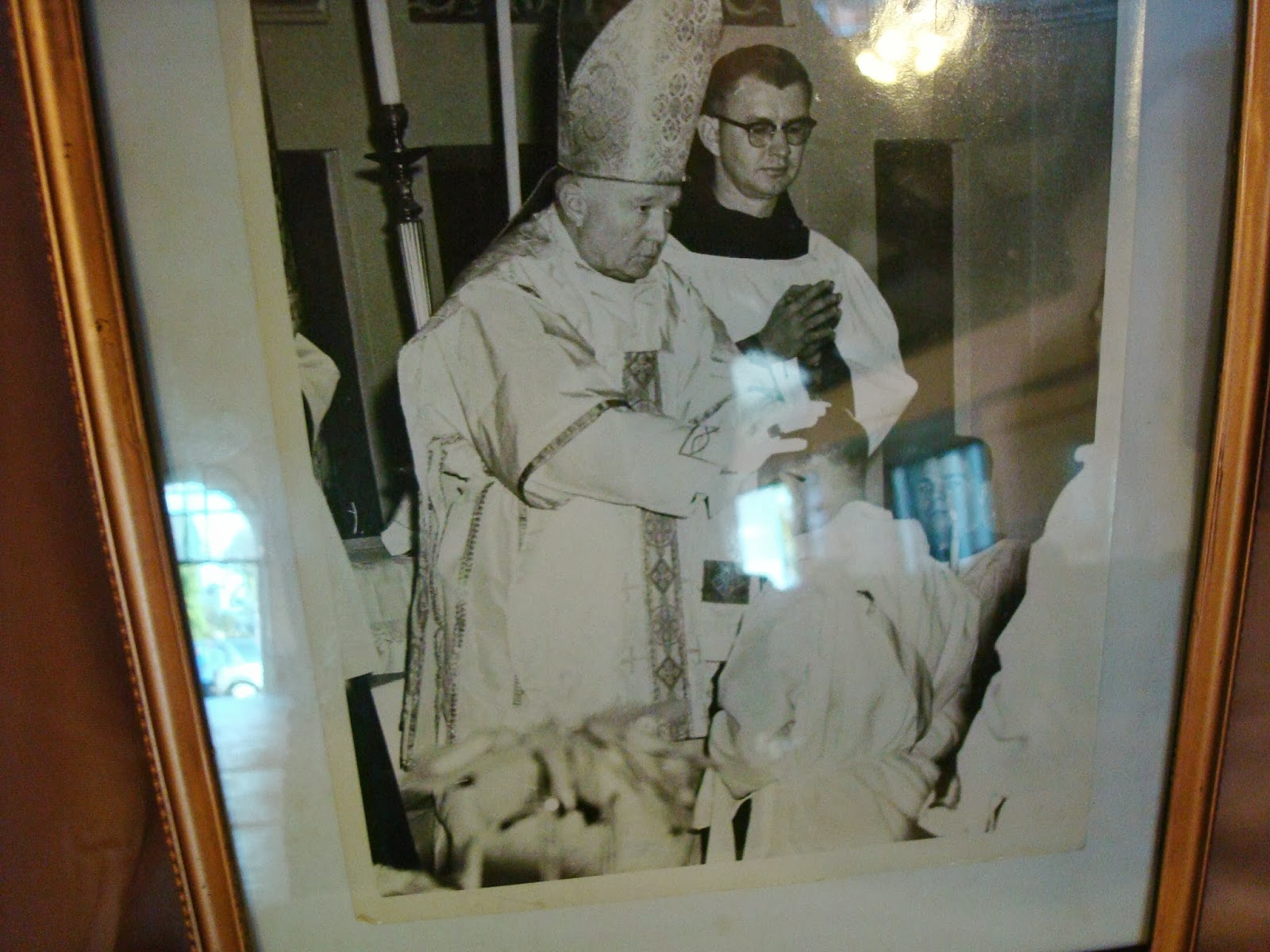 Their Ordination fifty years ago in 1964
Posted by paleric at 9:56 PM